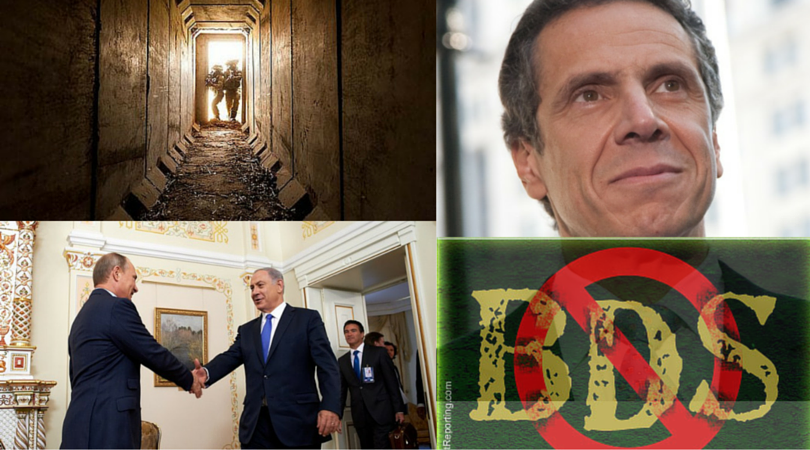 In a joint ISA, IDF and Israel Police operation, a 17-year-old resident of the Gaza Strip, who is active in the Hamas military wing, was arrested after crossing the perimeter fence from the Gaza Strip into Israel.
[Israel Ministry of Foreign Affairs]

PM Netanyahu heads to Moscow for an official visit marking 25 years of restored diplomatic relations with Russia.
[The Jewish Press]

NY Governor turns tables on BDS Boycott Israel movement with executive order. Anyone boycotting Israel will find themselves boycotted by the great state of New York.
[Times of Israel]