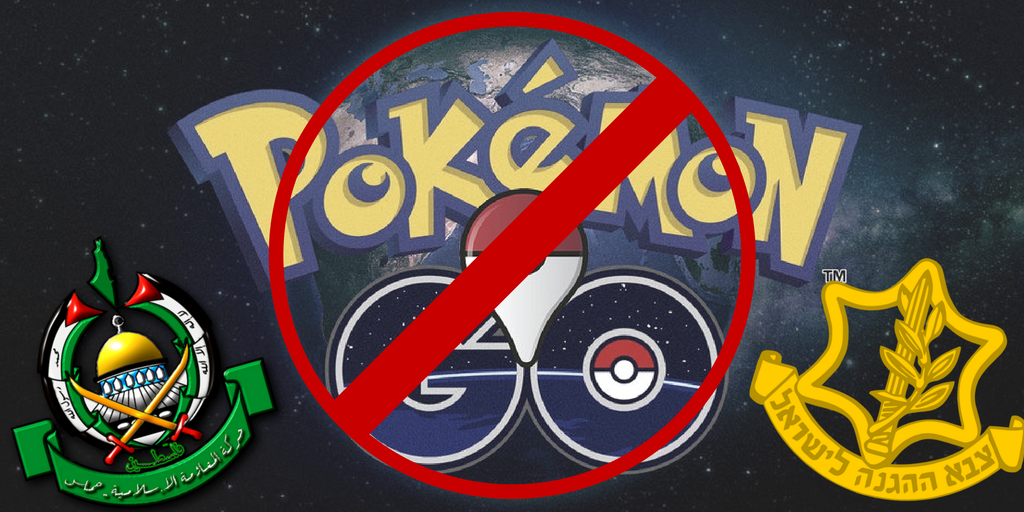 Pokémon Go, the new and successful augmented reality mobile game has soared in popularity around the world, including Israel and Gaza. Now the game poses a security threat to both the IDF and Hamas.

Pokémon Go players follow a digital map on their phones to catch digital creatures by searching streets and buildings in real time. The game created a frenzy around the world and has even found its place in Israel’s Presidential office and a US State Deparment briefing.

The problem with the game is the extent players are willing to go in order to find Pokémon creatures, trespassing into private property and breaching boundaries. The IDF has concerns that the game may leak sensitive information such as army base locations and images from inside military buildings. Therefore, they banned Israeli soldiers from playing Pokémon Go.

Now even Hamas is keeping a close eye on Pokémon Go and its players, making sure they do not come into close proximity to their bases and hiding spots.

At least the IDF and Hamas now have a common enemy. Will it be enough to bring peace?