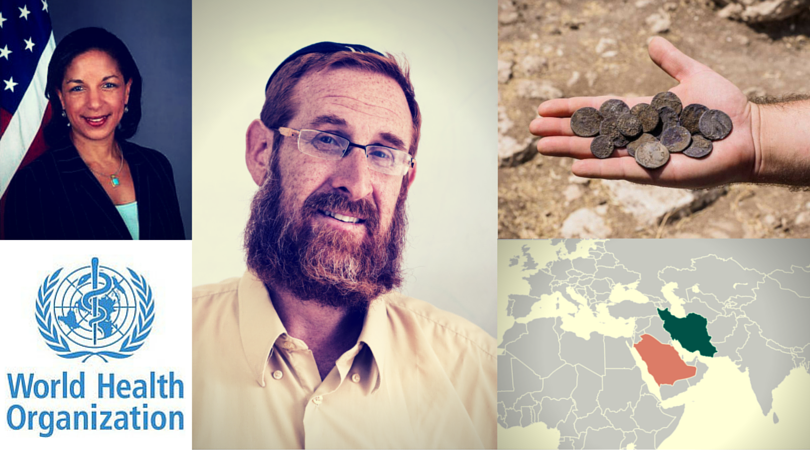 NGO presents MK Glick with nearly 100,000 signatures of the Jerusalem Covenant affirming Jerusalem is the eternal Biblical capital of the Jews.
[Arutz Sheva]

Israel has challenged the accuracy and objectivity of a report submitted by the Palestinians to the World Health Organization (WHO), saying it is riddled with misleading or false captions to photos accusing the Jewish state of wrongdoing.
[Ynet News]

The Smith Research Center poll, commissioned by the “Commanders for Israel’s Security” movement, reveals that 57 percent of Israelis who don’t reside in Jerusalem fear visiting the city amid the months-long wave of Palestinian stabbing, car-ramming, and shooting terror attacks against Jewish Israelis.
[JP Updates]