The 2018 annual AIPAC policy conference, which this year was held right after Purim in Washington, DC, offers a perfect opportunity to reflect on the value of Jewish Unity.

News reports say that over 18,000 attendees were at the AIPAC conference. Each individual attendee is clearly committed to support Israel.

There is no question that the conference goers maintain widely contrasting views of both how to support Israel and what is best for Israel. Perhaps 18,000 different views! This is the challenge and the hurtle. With everyone voicing their own agenda and views on how we can best help Israel from the U.S., we forget about the elephant in the room that we still have yet to confront. That is the issue of developing a mutual respect for Jews from different camps and beliefs. It is high time to start the dialogue and create the atmosphere for fostering unity.

The Herut World Movement is in the midst of The Jewish Unity Challenge. This is a personal call to Jews, to all Jews, including you, to start reaching out across the aisle, to create one united Jewish People. Just because Jews come from many different backgrounds and hold different beliefs doesn’t mean we cannot show love and respect for one another.

Our diverse types, colors, and traditions should be seen as a strength for all of us rather than foster exclusivity, elitism, selectiveness, and even superiority.

Ahavat Yisrael, the unconditional love of our fellow Jews, should not be seen as some unattainable dream. In our time we can make it a reality. We should not have to rely on the threat of Antisemitism and impendingdangers affecting Israel, as the only things for uniting us. There needs to start to have a dialogue, and foster an environment of acceptance for one another.

The lack of love and unity was considered by the ancient Jewish sages of the era of the Mishnah to be the root cause of the destruction of the Second Holy Temple in Jerusalem. If we can re-introduce ourselves and start the process of accepting one another, in the spirit of Ahavat Yisrael, we can again grow as individuals and as a collective nation.

The Jewish Unity Challenge is designed to spark a conversation between the diverse types of Jews so that we can achieve greater things for the State of Israel and the People of Israel.

It’s time to put aside differences we may have with other Jews, and focus on the wonderful, time-honored things that unite us as Jews. This is your individual challenge. This is our collective challenge as a community.

What we are talking about is simple, yet we call it a challenge because it is not so easy! When it comes down to it, many of us have a knee-jerk reaction to leaving our comfort zone. That is why this is called a challenge. It is time to look at the bigger picture, to let go a little, and to reach across the table.

It forces us to re-examine our biases and to change our thinking. This is basic common sense and now is the right time to start this!

The Herut World Movement is dedicated to the values of Ze’ev Jabotinsky [1880-1940] who was a key leader of world Zionism before World War Two, the mentor of Menachem Begin, and a champion of Jewish unity. And in Jabotinsky’s honor we have launched this campaign.

Let us discuss what is best for Israel and the Jewish People. Let us argue about it but let us discuss these opinions and remember that all Jews are responsible one for another no matter our backgrounds or beliefs or diverse types, colors, and traditions.

Thousands of Jews came together in common cause in DC through AIPAC because they care about Israel’s future and the well-being of the Jewish People.

The Tanach [Bible] relates that in the time of Esther and Mordechai Jews were called upon to join together to pray, fast, and physically defend themselves.

Late last year we marked the thirtieth anniversary Freedom Sunday for Soviet Jews. The December 6, 1987 rally saw over a quarter million American Jews unite on the National Mall in Washington, D.C., to stand up for Soviet Jews at what was the single largest gathering of Jews in U.S. history.

Take the Challenge! Helps us change for the better! Sign our petition at: https://www.change.org/p/world-herut-the-jewish-unity-challenge?recruiter=261063546&utm_source=share_petition&utm_medium=copylink&utm_campaign=share_petition&utm_term=share_for_starters_page 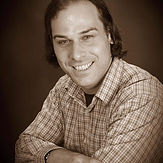 Joshua Goldstein is the chairman of Herut North America and a board member of the American Zionist Movement on behalf of Herut. Joshua was a delegate at the 36th and 37th World Zionist Congress. Professionally, he holds a Master’s Degree in Acupuncture and Chinese Medicine and has been a practitioner for over 16 years. Born and raised in the New York/New Jersey Jewish community, Joshua experienced first hand the painful divisions within American Jewry. Joshua’s commitment to reviving a meaningful sense of connection and relevance to each other in the greater Jewish community has inspired him to dedicate four years to the Herut Movement.

Joshua Goldstein is the chairman of Herut North America and a board member of the American Zionist Movement on behalf of Herut. Joshua was a delegate at the 36th and 37th World Zionist Congress. Professionally, he holds a Master’s Degree in Acupuncture and Chinese Medicine and has been a practitioner for over 16 years. Born and raised in the New York/New Jersey Jewish community, Joshua experienced first hand the painful divisions within American Jewry. Joshua’s commitment to reviving a meaningful sense of connection and relevance to each other in the greater Jewish community has inspired him to dedicate four years to the Herut Movement.