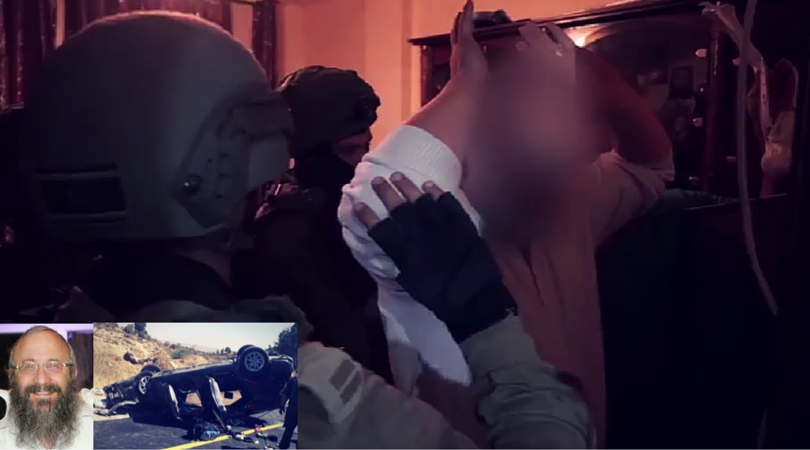 After last week’s killing of terrorist Mohammed Jabarah al-Faqih responsible for the murder of Rabbi Michael Mark in early June, the IDF arrested another ten Palestinians who are part of the same Hamas terror cell that aided al-Faqih.

Muhmad Amira, the driver of the terrorists’ car during the horrific murder of Rabbi Mark in front of his children, was arrested shortly after the attack and then revealed information to Israeli security forces during interrogations. His revelations led the IDF and security forces to the village of Dura where they located the terror cell, mostly made up of close family relatives.

The cell’s weapons supplier was also caught and three weapons factories were found in the town of Kalkilya.