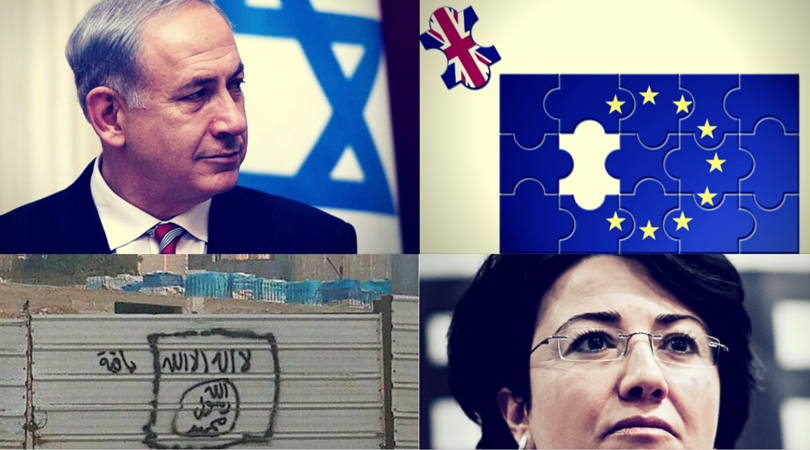 On Friday, during the Muslim prayer time at the Tomb of the Patriarchs in Hebron, The Muslims stole the beautiful and ornate silver Mezuza that was attached to the entrance to the building
[The Jewish Press]

Interior Minister Aryeh Deri on Sunday moved to strip two residents of East Jerusalem of their Israeli citizenship and residency status for their involvement with the Islamic State terror group.
[Times of Israel]

PM Netanyahu’s remarks at the start of the weekly Cabinet meeting include the following topics: the deal between Israel and Turkey, efforts to bring back Israeli captives from Gaza, partial enactment of a long weekend in Israel, increasing cooperation between Israel and Africa, his visit to Rome to meet with Kerry and Italy’s Prime Minister, criticizing Abbas for spreading  abhorrent lies, and Brexit.
[Israel Ministry of Foreign Affairs]

Finance Minister Moshe Kahlon on Sunday said the Finance Ministry has set up a 24-hour “situation room” to keep tabs on economic repercussions from the United Kingdom’s vote to break from the European Union.
[The Jerusalem Post]