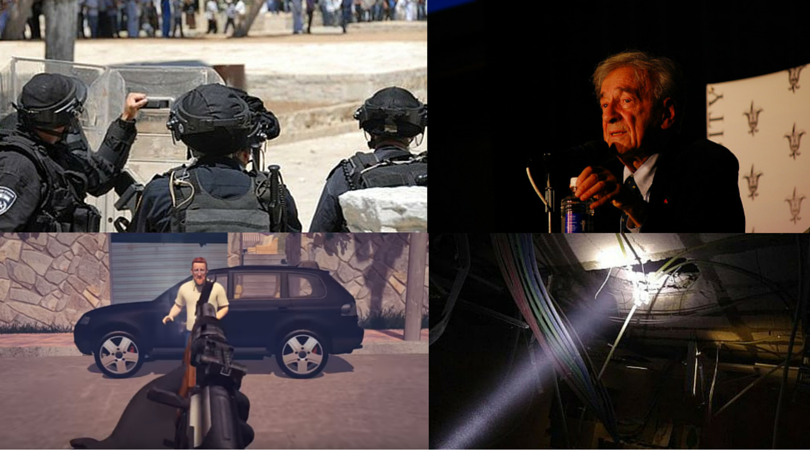 Israel welcomes the Quartet’s recognition of the centrality of Palestinian incitement and violence to the perpetuation of the conflict. This culture of hatred poisons minds and destroys lives and stands as the single greatest obstacle to progress towards peace.
[Israel Ministry of Foreign Affairs]

A kindergarten building in Sderot is badly damaged in a Gaza rocket attack on the Sabbath.
[The Jewish Press]

In an emotional video released Sunday morning, the children of Rabbi Michael “Miki” Mark, who was murdered by Palestinian gunmen on Friday,  pleaded with the public to attend their father’s funeral.
[The Jerusalem Post]