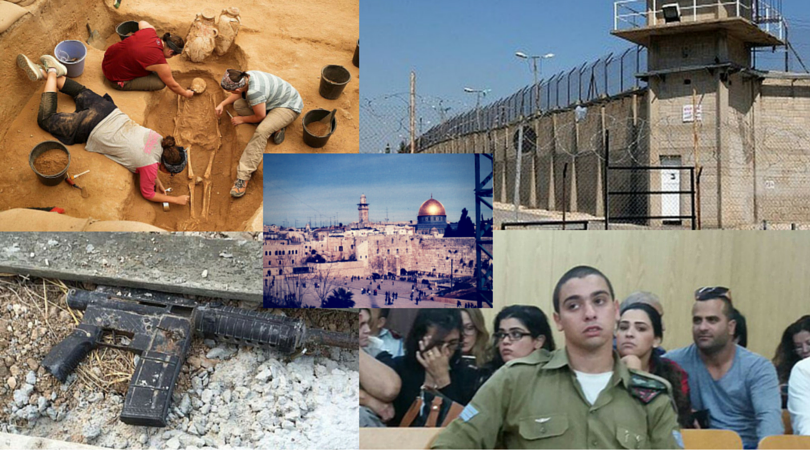 An online crowdfunding campaign to support IDF Sgt. Elor Azaria, who is on trial in the fatal shooting case of a subdued Palestinian attacker, reached NIS 400,000 by Monday morning, some 12 hours after it launched.
[The Jerusalem Post]

A Philistine cemetery has been discovered for the first time in Israel, possibly shedding light on the mystery of the Philistines’ origins. According to biblical accounts, the Philistines were the arch-foes of ancient Israel.
[The Jewish Press]

Parents of fallen soldier Oron Shaul are expected to physically block the visitation of families of terrorists at Nafcha Prison.
[Arutz Sheva]