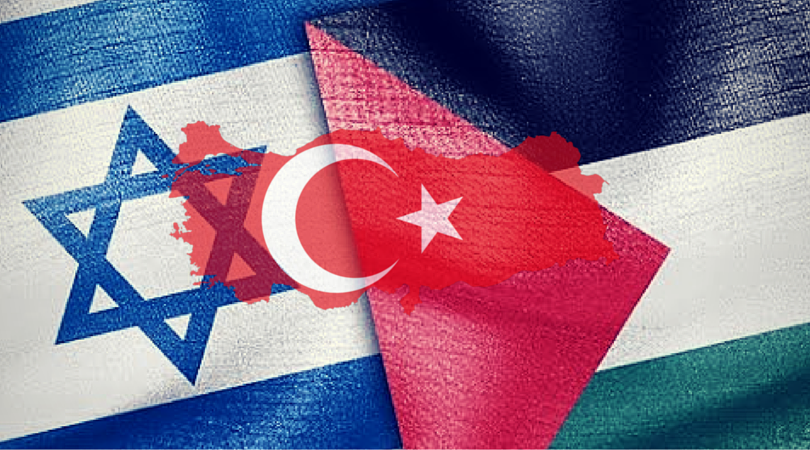 As many of you know I have long been promoting an alternative Humanitarian Paradigm, to replace the failed Two-States-for-Two-People (TSS), that has dominated the discourse for decades.  This alternative paradigm involves the funded relocation and rehabilitation of the Palestinian-Arabs living beyond the 1967-Green Line, in third party countries.

Putting aside the question of feasibility for the moment I should like to focus on the relative morality of the two paradigms. (After almost a quarter-century of failed endeavors to implement it, the TSS has proved itself a fatally unfeasible fiasco.   It certainly can claim little advantage in terms of feasibility over an alternative that is based on the eminently plausible proposal that economically hard-pressed individuals will accept a generous financial grant to enhance their economic well-being).

So in answer to the numerous critics, who have excoriated the Humanitarian Alternative, allegedly on “moral” grounds, I suggest reflection on the following question:

WHO HAS THE MORAL HIGH GROUND?

Those who promote the establishment of (yet another) homophobic, misogynistic Muslim-majority tyranny, which will comprise the diametric opposite and utter negation of the very values its advocates invoke for its establishment – and whose hallmark would be: gender discrimination, gay persecution, religious intolerance and oppression of political dissidents?

Those who advocate providing non-belligerent Palestinian individuals with the opportunity of building a better life for themselves elsewhere, out of harm’s way,  free from the recurring cycles of death, destruction and destitution that have been brought down on them by the cruel corrupt cliques, who have controlled their lives and led them astray for decades?

Why does promoting the former make one “moderate and liberal”; while advocating the latter, makes one a …“right wing extremist “?

I have decided to take a break from writing my weekly column to catch up on some much neglected administrative tasks and to reflect on the possible restructuring of my future pro-Israel activities.  I am coming to the conclusion that my current mode of operations rapidly exhausting its potential and is beginning to yield diminishing returns on effort invested.  Involving very long hours, seven days a week (apologies to my observant readers) virtually all pro-bono, it is certainly becoming very onerous for me both in terms of my economic, and apparently, health situation.

Faced with an unsympathetic and uncooperative Establishment, on the one hand (even the relatively likeminded portions thereof), and heavily funded ideological adversaries, on the other, it is becoming increasingly difficult to effectively drive our message home—no matter how much thought is invested in its argumentation, and effort in its formulation.

Accordingly without the ability to harness greater resources to enhance the impact presently being made, serious doubts must be raised as to the efficacy of continuing in the current format.

I am working on a few ideas in this regard, which I will share with you in the near future and most probably request your involvement/participation.

3. THE TURKEY THAT ONCE WAS.

Further to my recent article on the Israel-Turkey deal:

FORMULA FOR STABILITY: TURKEY PLUS ISRAEL by  Çevik Bir and Martin Sherman (2002)

This is an article advocating strong Turco-Israeli ties that I co-authored with General Çevik Bir, former deputy chief of staff of the Turkish armed forces from 1995 to 1998, who negotiated several landmark Israeli-Turkish military agreements.

Sadly nothing that was relevant then is relevant today.  Apart from its geographical location and size, nothing in Turkey is as it was then.

To underscore the dramatic metamorphosis: It was Bir’s military, who arrested Erdogan in 1998 for “inciting hatred based on religious differences”, while about 14 years later, Bir, arguably the major architect of Israeli-Turkish ties, was arrested by the Erdogan regime for “overthrowing the Turkish government [of Islamist Necmettin Erbakan] by force”