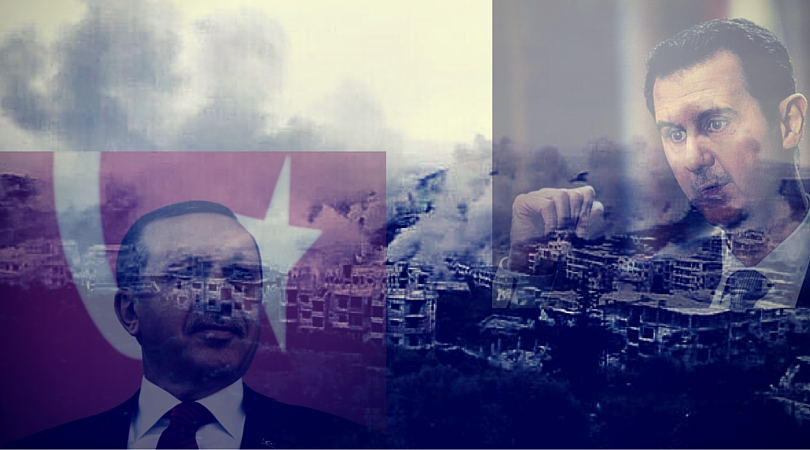 If the latest reports out of the Levant are true, Turkey has quite possibly sparked a global war. RIA Novosti reports by way of Sputnik News the following:

“Turkish artillery opened fire on the positions of the Syrian army in the Alia hills region of northwest Latakia. Several shells have fallen from Turkish territory.”

Given the fact that Turkey has been building up its armed presence on the Syrian border has been seen by many as a sign of impending invasion.  Furthermore, Saudi Arabia has made it clear they would like to move ground troops into Syria in order to fight ISIS.  The combination of the two Sunni allies potentially sending ground forces into the Syrian chaos guarantees an exponential expansion of the war.

Russia, Iran, and the Assad regime know the Sunni countries will not sit by and watch themselves become diced up by Russian backed Shiite forces.  The Sunnis have spent way too much capital in stopping the burgeoning Shiite crescent to not try to push it back when it matters most.

Russia is not Backing Down

With oil prices falling and a weakened West, Russia cannot afford to back off it’s growing entanglement with Syria, especially since they appear to be winning. This is Putin’s gamble and he wants and needs to win. They have proven that sheer force and a disregard to international norms when attacking civilian areas can defeat what they view as radicalism.  Putin is sending a message out to the Islamic militants within Russia, not to mess around.

Erdogan Needs a Win or Else

Erdogan really thought that he would have been able to woo Israel back into his fold.  Yaalon has now indicated that it will not happen.  Without an energy partner and a tightening embargo from Russia, Erdogan has to push back on the Syrian forces that are maligning ethnic Turkmen in Northern Syria.  Even more so, Erdogan has to show that he is still viable.  Bombing Syria and taking the Northern territory is the surest way to do that.  Of course it could very well ignite a conflict far more destructive throughout the entire region.