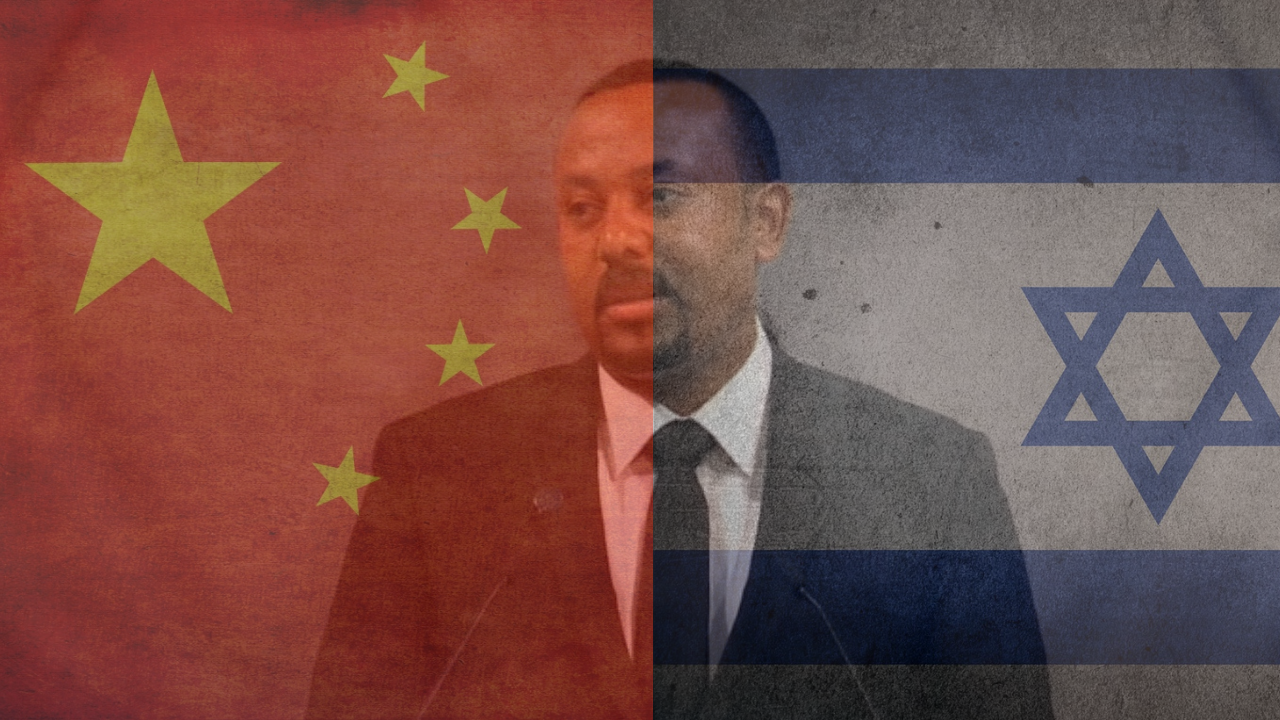 The current conflict between Federal Ethiopian forces and the TPLF of the northern-most province of Tigray appears to be another sectarian conflict on a continent that has seen endless chaos. Yet, like anything else on the African continent these days, China has become the real puppet master.

The Derg, (a communist dictatorship from 1977 to 1991) fell due to a combined effort of multi-ethnic alliances led by the Tigray leadership still known today as the TPLF. Only 6% of the country’s population, Tigray is historically important and also boasts the most battle hardened troops. Yet, the Prime Minister saw fit in 2018 to reorganize Ethiopian politics under a unitary party, essentially ending his party’s relationship with the TPLF and pushing them out of power.

The current conflict is far less about Tigray secession, (although the TPLF may decide to do that as a reaction to Federal troops decimating their cities in the North) and far more to do with breaking down the federalized system that has been in place since the fall of the Derge in 1991.

Of all the Ethiopian regions, Tigray has had the most autonomous past and even claim to the throne when a part of the royal family broke off and resided in Tigray. Some would point to the seeds of the present conflict dating back to 1889, when imperial rule returned to Ethiopia, marginalizing the Tigray leadership.

Where Is China In All Of This?

When it comes to Africa, China has directly exploited local conflicts to spur external solutions that bring it more control and power and thus monopolizing Africa’s rich natural resources. The Horn of Africa, made up of Ethiopia, Djibouti, Eritrea, and Somalia is one of the most important geographic locations in the world. It is a choke point along the traditional oil route that Sunni Gulf countries use.

This is why China has made Eritrea, who broke off of Ethiopia, gaining independence in 1991, the main “beachhead” for CCP activities in the Horn of Africa.

In 2019, Eritrean officials met in Beijing with the CCP and agreed to strengthen ties between the two countries. “Eritrea and China stand ready to build a healthy and strong partnership for the benefit of their two peoples,” a statement made by Eritrean Foreign Minister Osman Saleh when he met with his Chinese counterpart, Wang Yi.

Many observers believe that the 2019 meeting set the stage for Eritrea to be China’s centerpiece for the Belt and Road Initiative in the Horn of Africa.

Interestingly enough, as early as 2017, China offered to send troops to the disputed border region between Ethiopia and Eritrea. In fact, it is through Chinese mediation that Ethiopia agreed to hand Eritrea the coveted border area. The area in question was part of Tigray.

It was this acquiesce by Prime Minister Abiy Ahmed in handing Tigray’s land over to Eritrea that began to spark the unrest.

While China has picked no side in the current conflict, Tigray has accused the Ethiopian government of working with Eritrea to defeat the TPLF. The working relationship is so strong that some of the members of the Ethiopian army have been staying in Eritrea’s border region.

This relationship could have only come about through Chinese contacts. Ethiopia’s decision to begin centralizing power and shuddering the federalized system, is rooted in its relationship with the Chinese; who are encroaching more and more on the Horn. After all, China requires stable and centralized systems of government to guarantee the Belt and Road Initiative’s success.

Besides this, Ethiopia has been one of the most heavily invested African countries by China over the past 50 years.

Unfortunately for China, the unintended consequence of spurring the centralization of Ethiopia to the detriment of various ethnicities, is a further decoupling and talks of other minorities attempting to pull out of the federation.

While there has been accusations of Ethiopian Federal troops using Israeli UAVs on Tigray, Israel has pretty much stayed quiet on the conflict. On the face of it, Israel would be more in line with Prime Minister Abiy Ahmed’s government than Tigray, which is dominated by the Marxist/Left leaning TPLF. However, Chinese encroachment and coopting moves in terms of utilizing the current government in Ethiopia is not something Israel should ignore.

By shoring up its control over the Horn of Africa, China is essentially in control of the Western side of the Red Sea. This means that Iran will have complete access to the Horn, placing shipping routes in danger as well as increasing arms smuggling to Gaza and Hezbollah.

In the great game of redrawn Middle Eastern Alliances, China and its Iranian Allies will be sitting on one of the most important pressure points for the region. Saudi Arabia will be in direct line of fire, but more importantly, as China strengthens its grip on the Horn the world’s oil will be up for grabs. Essentially, between the South China Sea and the Red Sea, the CCP will be in near control of the most important shipping lanes in the world.

Israel may be unable to influence Beijing’s policy in Eritrea, but it has excellent relations with the Prime Minister of Ethiopia. It must press upon Addis Ababa the importance of not letting China utilize Ethiopia’s sovereign territory for further control over international oil routes and passageways and ultimately not allowing the Horn of Africa to once again be transformed into a hub of Iranian terrorist activity.

Next Post Trump should let the Quartet die with James Wolfensohn