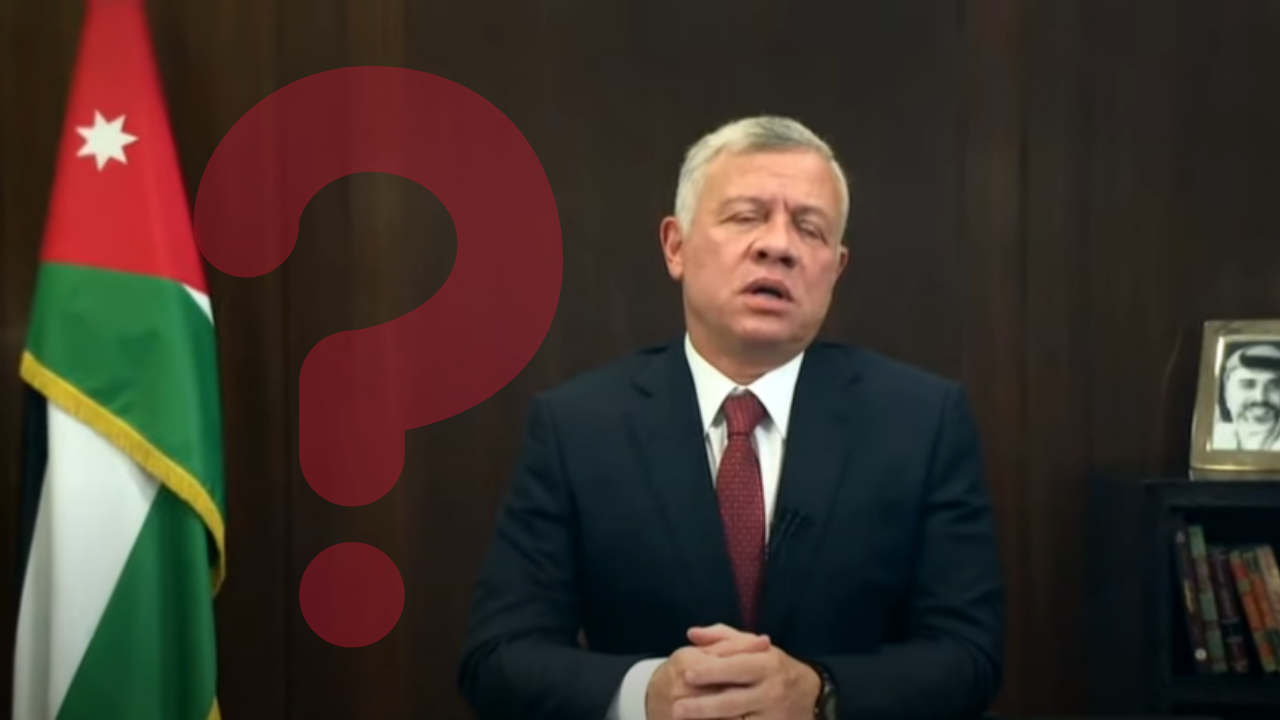 ArabNN is reporting that the rumors surrounding the disappearance of Jordan’s King are picking up steam as even Eddie Cohen of the Jerusalem Post appears to be confirming them.

Jordanian Opposition Leader Mudar Zahran has been agitating for full Palestinian rights in Jordan. 80 percent of Jordan’s populace are Palestinian Arabs and yet the King and his clan, along with the Muslim Brotherhood have essentially monopolized the country’s wealth and disenfranchised the majority of the populace. There has been growing discontent over the last year and calls for overthrowing the monarchy have grown.

“Jordan is facing unprecedented financial turmoil and COVID 19 death toll is rising at a staggering rate,” Jordanian Opposition Coalition (JOC) Leader Mudar Zahran said. “The ruling Hashemite family has systematically destroyed the country, and because no one has seen him in days, many are now asking: “Where’s Waldo?”

“Abdullah is clearly missing in action, and over 9 million Jordanians are searching for Waldo,” Zahran continued. “One thing is certain, he is running away from his duties, he brought this economic distress upon us, he lied to Jordanians juts three months ago telling them Jordan was almost COVID19 free, and now he left Jordanians to face their fate, while he is refusing to face the music.”

“While the king’s whereabouts and conditions remain a mystery, Uncle Hassan has been frantically trying to fill the vacuum left by Abdullah’s absence, while drumming up political support.”

How Does Jordanian Uncertainty Affect Israel

Israel has spent years propping up the Hashemite family in Jordan, to the point where despite King Abdullah’s partnership with Muslim Brotherhood terrorists, Israel still includes the monarchy in its security umbrella.

The thought has always been that despite the King’s two-faced policy, his “Kingdom” was necessary to provide a buffer to first protect against Iraq and then later Iran. Yet, with the recent deal between Israel and the UAE and Bahrain, as well as the growing possibility of Saudi Arabia, Jordan’s Monarchy has become a liability.

Is Saudi Arabia Helping To Depose the “Royal Family?”

There has been a long standing feud between the Hashemite and Saudi royal families dating back to when the Hashemites lived in what is now Saudi Arabia. The British placated the Hashemites by giving them what is today Jordan, leaving the Saudis in charge of the Arabian peninsula. Both dynasties have laid claim to being descended from Muhammed and both Kingdoms claim custodian over major shrines special to Islam. In Jordan’s case they control the management of the Temple Mount, which is within Israel’s security apparatus and sovereignty.

The last point is important and must be taken into account onto why Saudi Arabia sees the need to finally depose the Hashemites once and for all. The Hashemite claim to leadership of the Islamic world is essentially a farce. It resets on the fact that after 1967 the Israeli government was weak and allowed the Waqf to remain in charge. Thats it. Thats the whole claim King Abduallah and his family have.

The Saudis control Mecca and Medina, the two holist sites in Islam. They are a power player in the Middle East and see themselves as the rightful leaders of the Muslim world. Most of the world regards them that way as well.

So what is their interest in toppling the Jordanian Monarchy?

With 80 percent of the Jordanian population made up of Palestinians and these Palestinians needing a State, the Saudis can ink a final deal between a Palestinian Jordan and Israel while signing a peace agreement themselves with the Jewish State. The Saudis would see their family replacing the Waqf as custodians of the Dome of the Rock and Al Aqsa and do away with a wannabe king who finds the Muslim Brotherhood in direct contravention of both American policy and Saudi interests.

So is Jordan’s King now on the way out? If he is, the Saudis are the most probable reason why – and that is a good thing for Israel and peace in the Middle East.

Next Post Are We Ready To Climb Jacob's Ladder?