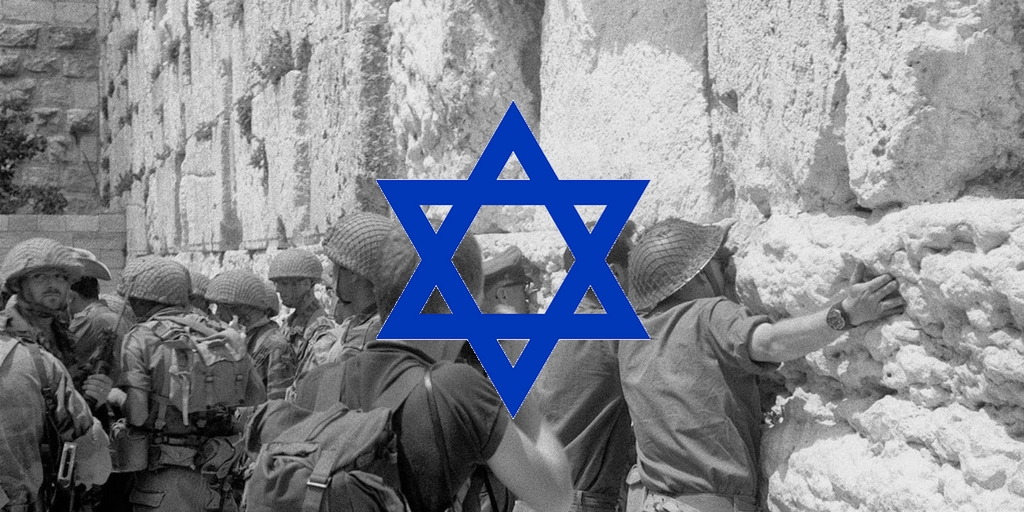 Darkness feels like it’s everywhere these days.  From ISIS, Iran, and Hezbollah on our borders and the slow motion Palestinian Intifada within, our enemies are literally surrounding us.  Old friends are in disarray and our new partners are untrustworthy. The government in Israel seems almost wishful in its outlook on our geopolitical situation and far too fixated on political gain by locking up young settler activists without trial.

The government has gone seemingly mad.  One day they are building an alliance with Greece, Cyprus, and Egypt and the next they are entertaining the idea of rapprochement with Turkey.

So why the confusion?

The State of Israel was born out of two conflicting historical movements. One was the 19h century nationalist movement that had swept the European continent and inspired European Jews to build for themselves a National Homeland in their historic home located in the Land of Israel.

The second movement popped up after the Holocaust and before National Independence in 1948. It what an international movement by the world to give the Jews a State a sort of amelioration for the slaughter that was purpotrated by the Nazis and their supporters during WW2. This movement came at the tailend of the Revolt in which the three competing Jewish paramilitary units in the Holy Land were attempting to push out the British. It is no accident that the British would have have saved millions of Jews if not for their whitepaper and yet despite the loss to the Jewish Nation, the Jews of the Palestinian Mandate pushed on against the one of the World’s strongest Nations.

Before the British could be embarrassed the amelioration movement, which had nothing to do with Zionism came in and saved the British. On the 29th of November 1947 Resolution 181 was passed by the UN and despite its never being implemented the Resolution cemented in the World’s mind that the State of Israel, (which would have been born with or without the UN) was birthed exclusively by the United Nations as a reaction to the Holocaust.

The sad irony that it was in fact Britain whose policies kept Jewish immigration to the mandate at near standstill while Jews were being slaughtered by the Nazis by the millions standing behind the fledgling Jewish State is not accidental. The young state would not last against the British trained Arab forces and in due time would have to invite the British back in. Of course the opposite happened and yet the colonial mentality persists and pervades the ruling elite in Israel.

The idea that Israel is a creation of the UN buries the gains the Zionist Revolution made within the hearts of the masses before the partition plan was drafted.  After all it was not us with the Almighty at our backs that pushed the British out, it was they they British who gave us our State. This causes a yearning to be loved by the Nations and creates an incoherent geopolitical strategy.

Noting the historical amnesia of the Jewish Nation, Rabbi Yehuda HaKohen, founder of Lavi Olami notes in a 2008 op-ed the following:

“Like the American Revolution, the Zionist Revolution succeeded in liberating a country from the mighty British Empire. And this was no small achievement for Jewish people who, only three years earlier, were being systematically butchered by the millions in Europe. Freedom was won in blood and fire by heroic young fighters willing to give their lives so that future generations would see a Hebrew flag over Jerusalem. But aside from this near-impossible feat, the Zionist Revolution also had – and still has – several more seemingly unattainable tasks to accomplish.”

Despite the setbacks and void in leadership at the national level, a quiet revolution is afoot. More and more people are recognizing that the path forward is to once again cultivate our roots. Silently and nearly methodically there has been an organic growth in young activists looking out at the regional landscape and seeing their own indigenous experience and wanting to hook back into it. It is this connection to the Land and Nation that young zionists within Israel are beginning to lay as the foundation for going forward.

More than this though, the Zionist Revolution calls on the people of Israel to elect and support leaders that partner with like minded indigenous nations in the region as well as economic and military policies that are independent from the needs of the interests of the global elites and neo-conservative elements entrenched in American foreign policy institutions.

A successful revolution means foreign organizations and global corporations who do not have the Jewish Nation’s best interests are to be kept out of decision making. Sadly our current leaders, from Naftali Bennett to Bibi Netanyahu at the very least believe the State of Israel has achieved its revolution and perhaps they have succumbed to the spirit that we were in fact born out of the ovens and gas chambers of the Holocaust rather than as a result of the immovable destiny of our ancient Nation.

Thankfully, there are those who see things differently, who place the revolution still ahead of us. From the throngs of Temple Mount activists, to the young guard in the Likud as well Moshe Feiglin’s new party Zehut, Israel’s future is bright as the body politic across the country has begin to shed to darkness of the exile in order to embrace a far more expansive future.

The challenges ahead are immense and in many ways the Nation of Israel has survived far more dire circumstances, but at the end of the day the leaders of our past were guided by the fears of the Holocaust without concern to the future. If Israel can embrace a complete faith in its cause and tap into the strength of its forefathers it will acquire the ability to deal with its enemies, while properly deciphering wrong from right. Only then will the Zionist Revolution have the ability to fulfill its true potential.

The world finds itself in a moment of chaos. Our leaders have been swept up by foreign ideals and goals.  Ultimately only a clear sighted vision based on truth and faith will lead us out of the darkness we are in.