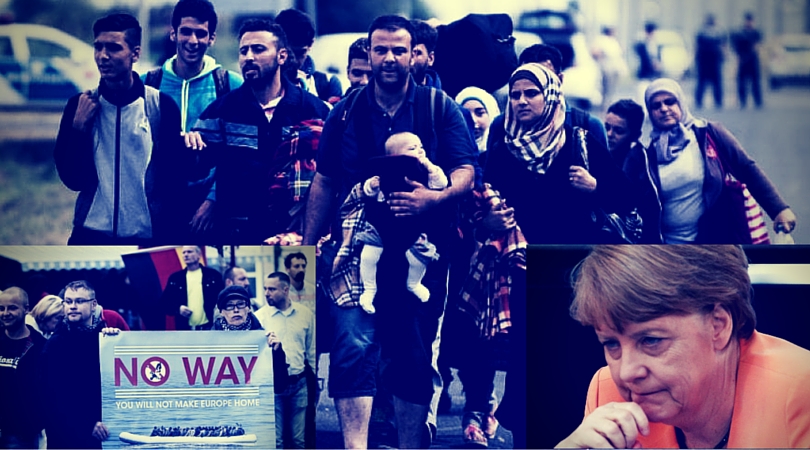 Germany seems like it is under siege these day. At 4:30 CET, a 21 year old Syrian refugee stabbed a pregnant woman to death and injured another two.  Witnesses said he then ran at police before he was shot.  The incident comes after days of continuous carnage and destruction. With the country already rocked after Ali Sonboly killed 9 in Munich and 2 other incidences, the attack today 25 miles south of Stuttgart seems to be one too many.

Angela Merkel has become under increasing pressure to change her refugee policy.  She has so far stayed the course.

Not only that, the German government has been intent on white washing the events to dissuade the populace from believing there is a home-grown migrant caused terror problem.

The police have already deemed today’s event as anything but terrorism. “Given the current evidence, there is no indication that this was a terrorist attack,” police said in a statement. Unfortunately for Germany and most of Western Europe this sort of ignorance and head in the sand mentality will not save them from their self induced destruction. Only a 180 degree change of course will halt the chaos now upon Europe.

With regional elections in Mecklenburg-Vorpommern on Sept. 4 and on Sept. 18 in Berlin, Merkel’s ruling party will have a serious test. Negative results for Merkel’s party will force her to toughen her stance on refugees.  The challenge now is preventing the largely successful agreement with Turkey from collapsing due to antagonism against Erdogan’s power grab in the wake of what many believe is a false flag event.

The refugee deal was predicated on EU negotiations with Turkey, but ascension to the EU is predicated on dropping capital punishment. Turkey did in fact do away with it in 2002, but the enactment of emergency powers under Erdogan has made Germany and the EU nervous. “A country that has the death penalty can’t be a member of the European Union and the introduction of the death penalty in Turkey would therefore mean the end of accession negotiations,” Merkel’s spokesman Stefan Seibert said. If EU talks collapse with Turkey the current Syrian refugee crisis will pale in comparison to what will be.

There have been ongoing negotiations with Israel to bring Israeli experts over to Europe to help train and share knowledge.  So far the dialogue is too early to help make a difference.