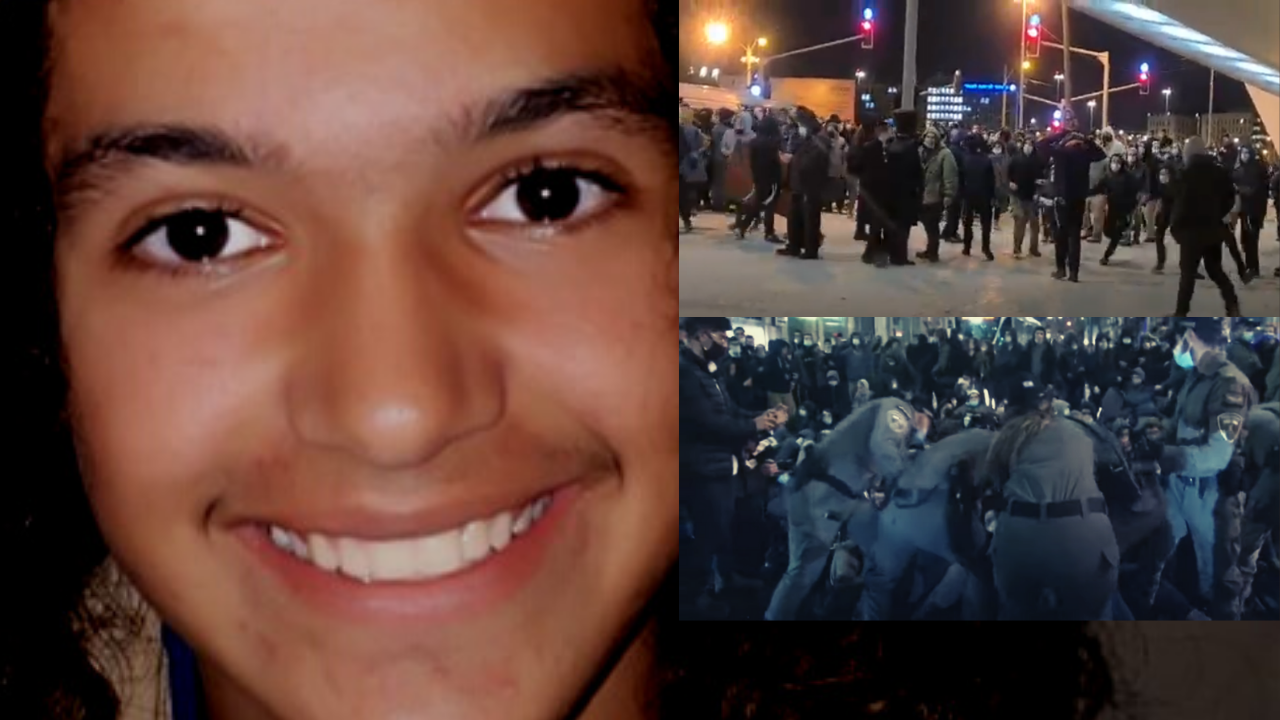 Ahuvya Sandak, a 16 year old boy from Bat Ayin was killed last week when the vehicle he was riding in flipped over as a result of a police chase. When news first broke, the police closed off the area for six hours, letting his body lay in the open. His friends who survived were sent to the hospital for treatment and then released to house arrest. The initial report was that the boys were throwing rocks and a chased ensued, but something seemed fishy.

Knesset member Betzalel Smotrich arrived at the scene and the police prevented him from entering, which is against the law. Witnesses have come forward saying the police were driving out of control and put everyone’s lives in danger.

The family has requested an independent investigation, but the police have started their own – insisting the other boys should be tried for manslaughter.

All of this seems like a passing story anywhere else, far less important than elections and corona, but since the accident and the government’s stalling of an independent investigation, protests have erupted around the country, police stations have been vandalized, and extra security given to the police who were involved.

In normal times we would move on, but something has changed now in Israel. People are beginning to question the system that they are living in. The system, who for all of its triumphs in technology and defense has long ago used the police as an arm of complete control.

During Gush Katif, the media and the left convinced the country that it could lay waste to patriotic pioneers in Gaza – destroying 8,000 homes.

In Amona, shortly after, it tried to stampede the young resistance under the hooves of police horses.

Year after year, it has put down protests against Chareidim, settler youth, Ethiopians, and more.

During the Duma manhunt, which falsely placed blame on pioneering youth in Judea and Samria and in doing so saw torture being employed against kids as young as 14, normal people began to question and many people still question the legitimacy of case’s outcome as being politically driven.

Ahuvya’s death, unnecessary and seemingly a product of an over zealous and paranoid police department, appears to have broken whatever lock there has been on a focused protest movement, with the aim to take down Israel’s police state infrastructure.

The economy is in shambles, Arab squatters are taking land, another election cycle is upon us, but Ahuvya’s death appears to have become the catalyst for something else.

The irony is, that if this was the old days people would believe the police’s story about the youth throwing the rocks, but their lies are known now. Initial reports say that the was car rammed by the police and pushed off the road and now the policemen say they thought it was a “Palestinian” vehicle.

It is unravelling, but not just their story – their control.

Israel can be a beacon of light it was meant to be, but it must first rip apart the Deep State that has held sway here since the original socialists stole the Zionist movement from within.

The youth of the hills have had enough. They want an Israel based on G-D given rights, not one where the State believes it is the arbiter of our rights. There is an uprising now. It is small and growing and everyday the government waits to gut the police department, the uprising will grow.

Yes, these elections may claim to deal with the coronavirus, but at the end they may be forced to deal with something far more important and that is determining our true national ethos. However, it may be that if the politicians continue to squabble for power, the youth of the hills just might determine that ethos for them.

Previous Post COVID-19, The Great Reset, and the Final War

Next Post Has the Democrats’ push to depose Biden begun?