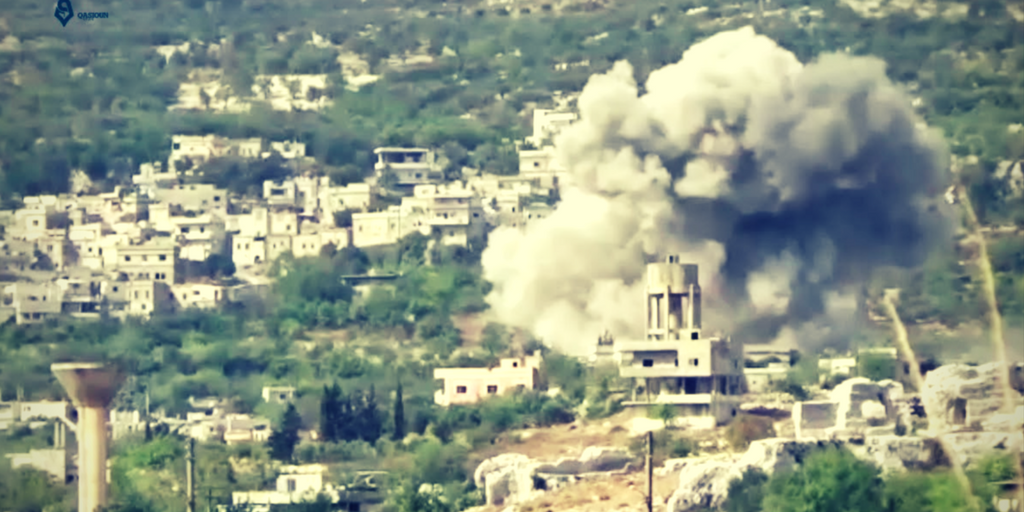 According to Al-Masdar News, the Syrian Arab Army (SAA) has captured the strategic hilltop of Tal Marwan, following a fierce battle with the jihadist rebels of Hay’at Tahrir Al-Sham. Tahrir Al-Sham was formerly an Al Qeida linked Al Nusra Front before  chainging its name.

With their collapse imminent, the jihadist rebels are at the mercy of the Syrian Arab Army’s missile battalions.  These battalions can now shoot artillery shells and rockets with incredible accuracy due to the fact that Tal Marwan overlooks Mughar Al-Mir.

According to a military source in Damascus, the jihadist rebels have waved the white flag at Mughar Al-Mir and asked for terms in order to secure  their departure from the town.

In exchange for their transfer, the Syrian Army will have full control of the Beit Jinn pocket, which would mark the end of the jihadist rebel presence in west Damascus.

The Beit Jinn pocket, which serves as Israel’s buffer against a combined Syrian-Iranian push on the Golan Heights has been the only card played by Israel against the regime forces now approaching Israel.

While Israel has not openly supported any side in the Syrian Civil War, Jerusalem makes no secret that the stronger the buffer zone between Israel and Syria is, the harder it will be for the Syrian-Iranian axis to make trouble.

Despite rumors of an arrangement hatched out between the USA and Russia over controlling the Syrian and Iranian forces, the fast moving nature of both nations’ armies towards Israel appears to render those verbal agreements pointless.

As the Syrian Regime continues to strengthen, Israel may have to enter the Syrian Civil War an dpush back against Assad’s forces or face a far more formidable enemy than before.