The scene was shocking: Villagers in Akuyam, Uganda, hadn’t eaten in three days when Sivan Ya’ari and her Innovation: Africa  staff met them in February 2017 on their way to check on the organization’s solar water-pumping and drip-irrigation projects in six nearby villages.

“The state of poverty we saw there was nothing like we’d ever seen before. During the week we were there, 37 people died. The drought and hunger is truly incomprehensible,” says Genna Brand, iA’s director of communications.

Ya’ari, the Israeli founder of the nine-year-old NGO, immediately added Akuyam to iA’s list of projects in the Karamoja region. She also mounted iA’s first-ever emergency feeding appeal – an exception to the organization’s mission of using Israeli technology to raise the long-term standard of living in African villages.

“We went back to Israel and raised $110,000 for a food relief mission and sent maize, beans and other food through an African supplier. It was very challenging logistically but we couldn’t turn a blind eye to what we saw,” Brand tells ISRAEL21c.

iA’s country manager in Uganda reported that both the emergency aid and the water-pumping project have led to healthier and happier Akuyam residents.

Ya’ari believes that using Israeli knowhow to harness energy from the abundant sun in Africa is the key to freeing rural villagers from poverty and food insecurity. Electricity allows them to pump water for drip irrigation, refrigerate lifesaving medications and vaccines, and light up classrooms.

Now iA is positioned to do even more, since Israel became an official partner in the USAID Power Africa initiative for sub-Saharan Africa, where two out of three residents lack access to electricity.

Ya’ari was on a panel with other solar-energy champions — including Yosef “Kaptain Sunshine” Abramowitz of Energiya Global and Power Africa Coordinator Andrew M. Herscowitz — at the December 4, 2017 ceremony in Jerusalem marking this opportunity for many Israeli companies to take part in electrifying Africa.

“When I am approached by private-sector companies showing me different products, I am always telling them ‘keep it simple.’ Because if it is not simple it will not be sustainable in the villages,” she said at the ceremony.

“Sometimes small-scale solutions are usually the best ones. So, keep it simple, keep it affordable, keep it sustainable. This is really the key.”

As ISRAEL21c reported in February 2014, Ya’ari first visited Africa while working for an international clothing company.

The conditions she saw prompted her to earn a master’s degree in international energy management and policy from Columbia University and then to intern at the United Nations Development Program.

In 2008, she established Innovation: Africa (originally called “Jewish Heart for Africa”) as a 501(c)(3) nonprofit in New York, where it’s still headquartered. She moved back to Israel in 2009 and heads iA’s Herzliya Pituah office; there also are offices in Uganda, Malawi and Tanzania.

Altogether, iA has 16 staffers including managers native to the countries in which they work. Salaries are paid from grants separately from funds raised for iA’s projects.

Donations often come from bar/bat mitzvah children. One Israeli bar mitzvah celebrant contributed $18,000 to power a primary school in Uganda for 1,000 students. He and his mother flew there in October for the installation ceremony.

When iA finishes a project, that’s never the end of its involvement. Locals are trained to maintain the solar-energy systems, which also are monitored remotely from Israel.

iA helps each community create a micro-business to generate funds to replace lightbulbs and other ongoing costs. For example, women in some villages run cell-phone charging stations. The small fees are earmarked for purchasing light bulbs, batteries and other needed items.

iA was granted Special Consultative Status to the United Nations Economic and Social Council in 2012, and the following year it won the Innovation Award at the UN Global South-South Development Expo in Nairobi.

Brand says that 2017 was a productive year for iA as it expanded its operations from seven to eight countries.

iA partnered with UNICEF to pump water in Bertoua, the capital of the Eastern Region of Cameroon, provide solar energy to three medical clinics, and install a solar water-pumping system in one village. Among those benefiting from this project are 250,000 refugees from the Central African Republic.

Seven iA water-pumping projects in Karamoja, Uganda, as well as one in Congo and four in Senegal, were accomplished in partnership with the Christian Broadcasting Network and private donors.
Brand points out that Karamoja holds special significance for the Israelis. This region was where Zionist visionary Theodor Herzl proposed Great Britain might provide temporary refuge for Jews endangered in Russia in 1903. The plan was never realized, but today technological breakthroughs invented in the Jewish homeland envisioned by Herzl are saving lives in the very same region.

Looking to the future, Brand says iA intends to impact another six million people and install solar energy in another 1,000 villages.

“We have some very exciting things on the horizon. This year we faced many new challenges but like true Israelis we see a problem and figure out the quickest and most efficient and sustainable way to fix the problem.” 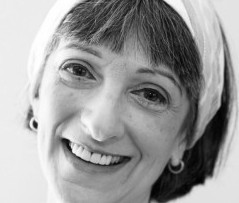 Abigail Klein Leichman is a writer and associate editor at ISRAEL21c. Prior to moving to Israel in 2007, she was a specialty writer and copy editor at a major daily newspaper in New Jersey and has freelanced for a variety of newspapers and periodicals since 1984.

Abigail Klein Leichman is a writer and associate editor at ISRAEL21c. Prior to moving to Israel in 2007, she was a specialty writer and copy editor at a major daily newspaper in New Jersey and has freelanced for a variety of newspapers and periodicals since 1984.