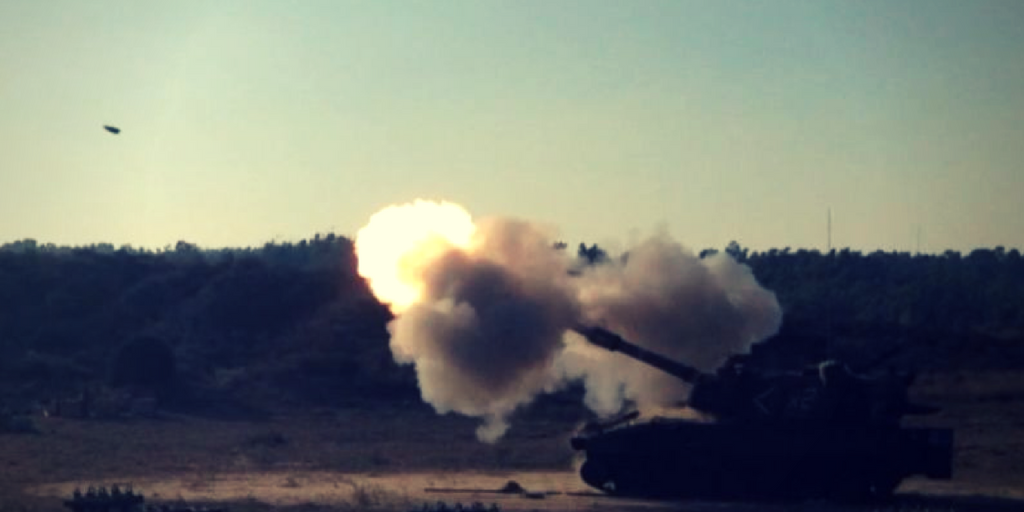 It is unrealistic to expect that the Palestinians will experience a sudden “aha moment”, slap their forehead in epiphanic realization of the futility of their Judeocidal endeavors—and, of their own volition, docilely declare defeat

“… what is our aim? I can answer in one word: Victory. Victory at all costs—Victory in spite of all terror—Victory, however long and hard the road may be, for without victory there is no survival.” – Winston Churchill, House of Commons, May 13, 1940.

As readers who follow this column will know, I have been a keen supporter of the Israel Victory Project (IVP) – see (here, here, and here), initiated by the Middle East Forum, and its president, Daniel Pipes.

Launched in the Fall of 2016, it was, to my mind, potentially one of the most important intellectual initiatives regarding the bloody, and seemingly intractable, conflict between Jews and Arabs for control of the Holy Land—and which, if it could impact Israeli policy, might well induce a much needed paradigmatic shift in the formulation and conduct of that policy.

At the heart of the IVP is the commendable recognition that the policy of unending concessions towards the Palestinian-Arabs has not only failed to achieve its goal of bringing peace and stability, but has, in fact, exacerbated the situation, making the chances of ending the conflict even more remote. Accordingly, peace, genuine and lasting, can only be attained if the Palestinian-Arabs acknowledge that they have failed in their quest to destroy the Jewish State and permanently relinquish their endeavor to do so.

For this to occur, Pipes himself stipulates that: “Palestinians will have to pass through the bitter crucible of defeat, with all its deprivation, destruction, and despair as they repudiate the filthy legacy of Amin al-Husseini and acknowledge their century-long error.”

In principle, this is a position with which I heartily concur. Indeed, it largely reflects the prescription I have long advocated—for more than a decade and half—when I chastised “the total futility of the Israeli government’s current policy towards the Palestinian violence”.

Since its launch two years ago, the IVP has, by means of a range of promotional events, succeeded in building laudable public awareness for the initiative, both in Israel and the US. However, judging by Israel’s reticent responses to the continuing violence along the Gaza border, the essence of the Victory concept appears to have made little inroads into the thinking of Israeli policy-makers—and even less into their consequent actions.

“Victory” cannot be all things to all people

On Wednesday evening, I attended the second IVP Conference in Jerusalem’s Menachem Begin Heritage Center, in which various aspects of, and perspectives on, the project were discussed and the progress, that has been achieved in promoting it, was presented.

I came away with a sense of unease and the distinct impression that an invaluable idea was being dangerously diluted in an attempt to make it seemingly sufficiently inclusive and accommodative in order to embrace a wide range of existing political credos and to avoid alienating potential critics.

In this regard, Pipes has been scrupulously and purposefully “policy agnostic”, studiously avoiding backing any of the specific action-oriented prescriptions.

Admittedly, I understand Pipes’s stated desire to make the idea of “‘Israel Victory’ as palatable as possible”, so as to render it to “appealing to a wide swathe of Americans”.

Likewise, I see his logic in distinguishing between the more conceptual objectives in the US arena and the inevitably more practical ones in the Israeli arena. He writes: “my goal is to change the foundation of U.S. policy, not to work out Israeli tactics… I am an American foreign policy analyst, not an Israeli colonel.”

While I might disagree with Pipes’s characterization of the Israeli challenges as “tactics” rather than “strategy”; and while I believe that they need to be addressed at levels far above the rank of “colonel”, I can accept the “division of labor” to which he alludes: In the US arena, the objective is to create a political climate that will permit Israel to fully implement a Victory-compliant policy; while in Israel, the objective is to formulate that Victory-compliant policy itself.

But such well-intentioned agnostics can only go so far. After all, “Victory” cannot be all things to all people.

Palestinians must suffer the “bitter crucible of defeat”

Clearly, policy prescriptions that were compatible with the previous pre-Victory, pro-concessions perspective are far less likely to be compliant with the pro-Victory ones (entailing subjecting the Palestinian-Arabs to Pipes’s prescribed “bitter crucible of defeat, with all its deprivation, destruction, and despair”.

Indeed, the very concept of victory of one side in any conflict–which unavoidably entails the defeat of the other opposing participants—clearly calls for the adoption of some form of coercion, which results in the imposition of the will of one (the victor) over the others (the vanquished).

After all, it is, of course, wildly naïve to believe that, somehow, through some yet-to-be specified process, the Palestinian-Arabs will, autogenically, morph into something they have not been for over 100 years and show little sign of doing so in any foreseeable future. Indeed, in recent years, developments in Palestinian-Arab society would appear to have made such a benign metamorphosis distinctly less likely.

Accordingly, it is clearly unrealistic to expect that the Palestinian-Arabs will experience a sudden “aha moment”, slap their forehead in epiphanic realization of the futility of their Judeocidal endeavors—and, of their own volition, docilely declare defeat.

Indeed, they would rather go and fly a kite…

The question of casualties

In previous articles on the IVP, I have raised the question of how many casualties Israel would need to inflict on the Palestinian-Arabs to induce them to admit bona fide defeat. This, of course, immediately interfaces with the previously-mentioned conditions that need (or can) be created in the US to facilitate such punitive measures.

As a somber reminder — and a very rough yardstick — in the 1948 War of Independence, Israel suffered over 6,000 fatalities and 15,000 wounded— around 1% and 2.5% respectively of the then-total Jewish population— without bringing about any thoughts of unconditional surrender.

Could Israel cause a commensurate number of Palestinian-Arab casualties — between 30,000-40,000 fatalities and over 100,000 wounded, depending on which demographic estimate one accepts — without incurring international censure and sanctions? Could Israel inflict such death and devastation without precipitating massive popular clamor for international — even military — intervention, across the Arab world and in other Islamic countries such as Turkey, Pakistan and Iran?

No less important, if this is the Victory-compliant strategy that Israel chose—or was compelled to choose—could the IVP in the US generate the political conditions to facilitate pursuit of such a policy?

Clearly this raises questions, which challenge the ability to remain indefinitely policy agnostic.

Post-Victory reality—or indeed, any sustainable post-Victory scenario which allows for the continued presence of a large Palestinian-Arab population across the pre-1967 Green Line.

For if the kind of kinetic coercion required to sustainably subdue the Judeocidal impulses of the Palestinian-Arabs (as a collective) are unacceptable in the US and elsewhere, how is defeat to be inflicted on them or victory achieved by Israel?

Clearly, then, as long as a large Palestinian-Arab population remains resident in the areas across the pre-1967 lines, there will always be a tangible possibility that externally sourced insurgents and/or incitement will upend any post-Victory settlement. This, in turn, will require perennial Israeli surveillance and supervision to preemptively suppress any such threat, sowing the seeds of perennial Palestinian-Arab resentment…

Coerced into a state or coerced out of one?

So, what if to permanently break the Palestinian-Arabs Judeocidal urges requires kinetic coercion beyond the limits that  even a Trump administration is willing to condone? And what if, even if it did, the Palestinian-Arabs would always be subject to subversive influences from hostile elements from their kinfolk in the wider Arab/Muslim world?

Somber prudence and sheer logic—as opposed to well-intentioned hope—would seem to mitigate towards the only other alternative Victory-compliant strategy that can result in a sustainable post-Victory reality: The physical relocation of the Palestinian-Arab population in third-party countries—preferably by use of non-kinetic means, such as economic inducements by setting up a comprehensive system of generous material incentives for leaving and daunting material disincentives for staying.

As I have discussed in great detail the political feasibility, moral acceptability, and economic affordability of this Victory-compliant paradigm elsewhere, I will not delve into these important issues here.

However, given past precedents, prevailing present realities and plausible projections for the future, the only policy prescription that can generate sustainable stability in any probable post-Victory reality—with acceptable levels of kinetic coercion—is that of incentivized emigration of Palestinian-Arabs (The Humanitarian Paradigm).

Indeed, in light of the preceding analysis, it would be clearly preferable to coerce the Palestinian-Arabs out of a state rather than to coerce them into one.

Neither policy agnostics nor purported pro-Victory two-staters can ignore this!

I would therefore urge the IVP team to forego its hitherto policy agnostics and embrace policy specifics; to progress from the conceptual to the operational; to advance from generic declarations of goodwill to promotion of actionable policy prescriptions, to move on from action and instead, opt for direction…