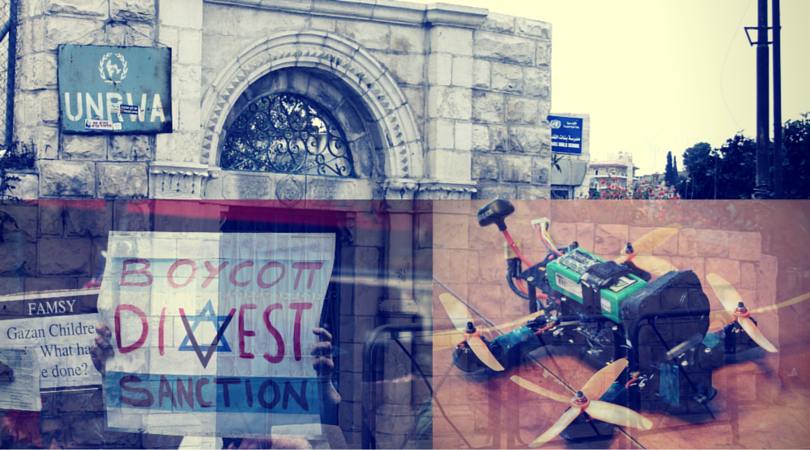 Ipsos Survey: One Third of Americans Support Boycotting Israel The good news is that a 62% majority of US respondents believe that the BDS movement is a form of modern anti-Semitism.
[The Jewish Press]

1 Wounded in Evening Terror Attack on Jerusalem Bus. The terror wave that is supposed to be fading is not yet over — terrorists are still trying to pick off buses and cars on the roads, trying to kill families and individual men, women and children.
[The Jewish Press]

Dozens of packages containing drone parts and other communications equipment en route to terror cells operating inside the Gaza Strip were intercepted by Israeli security forces in recent weeks.
[Times of Israel]