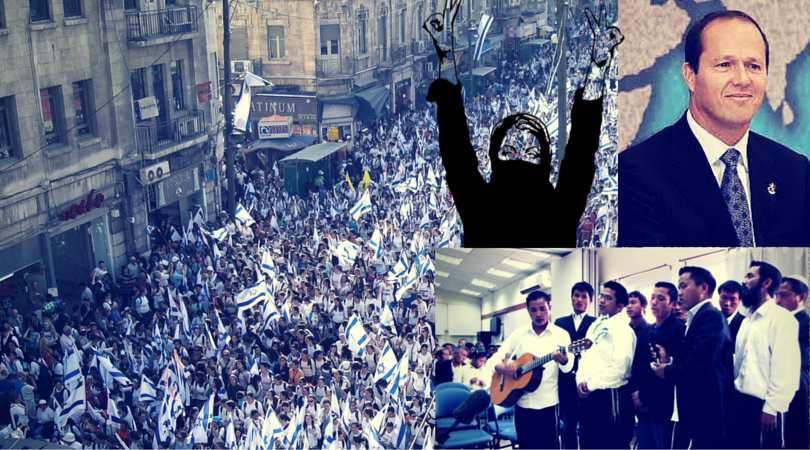 Israel on Friday announced a series of gestures to relax restrictions on the movement of Palestinian Arabs during the Muslim holy month of Ramadan.
[Arutz Sheva]

Arabs were involved in 59 percent of the murders in Israel in 2015, almost three times their share in the population (21 percent)
[Haaretz]

Israel will spend 8.1 millions shekels, or about 2 million dollars, to bring more than 712 members of India’s Bnei Menashe community to Israel this year.
[Forward]

Former Israeli and US security and diplomacy officials have presented two proposals for achieving a two-state solution, based on systems that they say would satisfy Israel’s security needs in the West Bank while providing Palestinians the sovereignty they require.
[The Jerusalem Post]