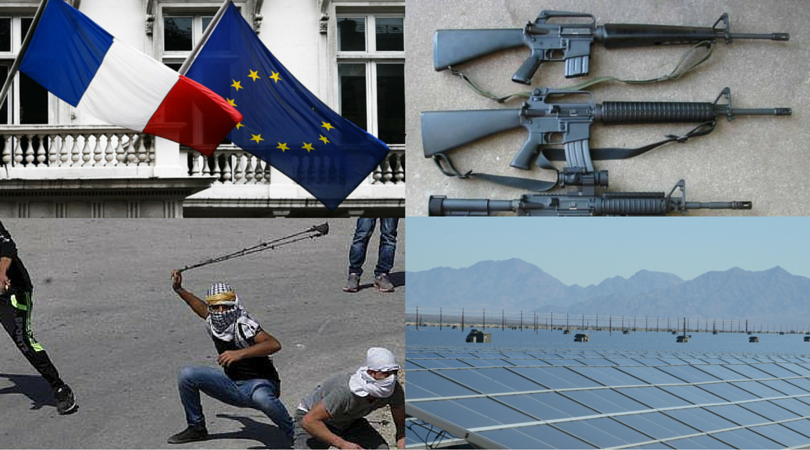 A child was lightly injured on Saturday night a car was hit by stones thrown by Arabs near the entrance to Sha’ar Binyamin, north of Jerusalem.
[The Jewish Press]

Half a year after he was arrested by the Shin Bet security services, interrogated for days, and accused of being a “Jewish terrorist,” Israel’s prosecution service has confirmed what Netanel Furkowitz’s defense team have said all along: that the youth leader from the Samaria community of Kochav Hashachar is innocent of any wrongdoing, and had no connection whatsoever to the deadly arson attack in the Palestinian village of Duma last summer.
[Arutz Sheva]

The French peace initiative is expected to receive substantial backing from the EU Monday in the form of a resolution to be adopted by the EU’s Foreign Affairs Committee.
[i24 News]

In the middle of southern Israel’s desert, engineers are hard at work building the world’s tallest solar tower, reflecting the country’s high hopes for renewable energy.
[Times of Israel]