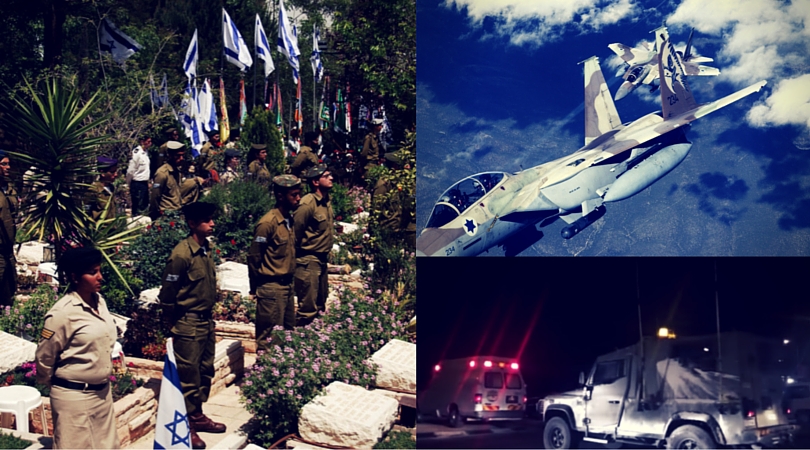 Israel observes Yom Hazikaron, its Memorial Day, to honor 23,477 fallen soldiers and citizens who died as victims of terror.
[The Jewish press]

86-year-old relives horror on Jerusalem promenade, when terrorists pounced on her friends, and Arab workers refused to help.
[Arutz Sheva]

Israeli Air Force fighter jets struck a weapons convoy headed into the hands of Hezbollah fighters in Syria. The attack allegedly occurred on the Syrian-Lebanese border earlier in the afternoon and struck a number of vital positions important to the terror organization.
[The Jerusalem Post]

An IDF officer and a second soldier were wounded Tuesday night in a quadruple bomb attack at the Hizme checkpoint, while an hour later five more bombs were defused by IDF sappers.
[The Jewish Press]

French PM Manuel Valls will visit Israel and the PA this month in a bid to engineer a peace deal based on a two-state solution.
[Arutz Sheva]