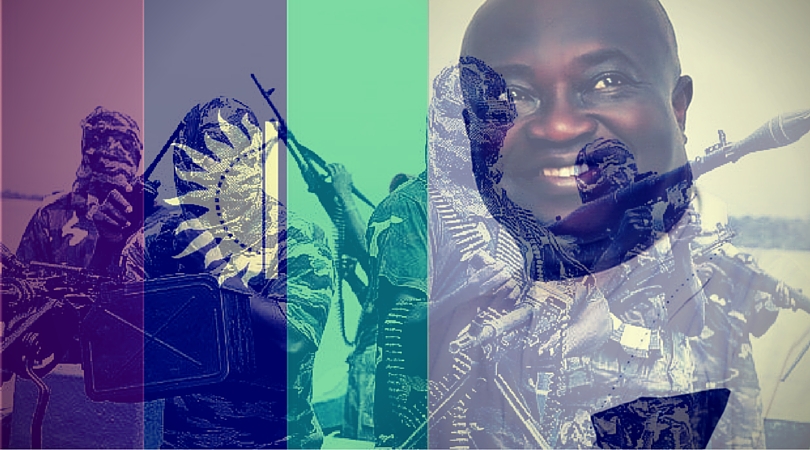 I am not African, neither have I ever planted foot on that great continent. I am a Jew, living in Israel. As such, I am sensitive to the insensitivities of the world. Granted that I may be missing facts, nuances, that I may possess important errors in my view of the goings on in Nigeria; still, as a Jew and as an Israeli I feel that I do “get it”, that the situation on the ground demands that an outsider’s voice be spoken and heard.

For the great hordes that have no clue, because it barely bears mention in the Western Press, there is a war going on in Nigeria, a harsh and diabolical war. In truth, there are several simultaneous wars going on in Nigeria and it is difficult to always know where alliances fall and the truth behind the politicians’ pleas and actions.

One particular war is being waged in the Northern, Middle and South Eastern regions of Nigeria, where Muslim Fulani Herdsmen murder civilians and military of the tribes of the Igbo, Yoruba, Niger-Deltans and Middle Belters. The Fulani attacks display ferocious violence and are without mercy. Thousands have been killed by Fulani Herdsmen over the last year, while the Nigerian government, also run by the infamous Muslim leader, Muhammadu Buhari, takes little or no action.

Indeed, it is not only the Nigerians that take little or no action, but also Europe and the United States of America, both of which seem to show no concern for the Muslim genocide of the Christian tribes of Nigeria. Of course, those tribes claiming also descent from the Jewish-Israelite Nation, such as the Igbo, are left with little hope from the international community as well. Indeed, although Muhammadu Buhari and his reckless and cruel regime came about through national elections, it is understood by many that his appointment was facilitated through strong American and British efforts. The French may as well be implicated.

And so, the genocide of Biafrans continues and unfortunately, not much has changed since the brutal genocide of Igbo and others during the first Biafran tragedy approximately fifty years ago. The solution of the dilemma, for the Igbo and the other tribes facing the Fulani onslaught, therefore, is simple. It is made simple by the fact that they have no one to count on, not their national government and not the nations of the world. It is only they that will stop this terrible and wanton destruction of their people and their property and it is only they that can stand up to the murderous Fulani Herdsmen assault.

Enter Abia State Governor, Dr. Okezie Ikpeazu , and enter the return of the Bakassi Boys.  The Bakassi Boys first gained fame in the early part of the century, becoming vigilantes against crimes against the Igbo and other tribes in various regions of Nigeria, first achieving fame in the Igbo region in Aba and later on in cities such as Onitsha and Owerri.

The assaults of the Bakassi Boys, armed with guns and machetes, are not pretty, to say the least. They are murderous and cruel; but, in the past at least, they were effective. In a country that can be likened to the American Wild West, where the gunslinger ruled and where the lines between government enforcement of the law and private vigilante groups was always confused and without true significance, the situation today in Nigeria may unfortunately require the same solution.

Dr. Ikpeazu has recently called for the reorganization of the Bakassi Boys, because the situation in his Abia State has once again simply got out of hand. Fulani Herdsmen are again killing, raping and destroying whole areas of the region and there is no national or international power willing or ready to stop the bloodshed. As such, he has directed the local governments under his control to allow for and to even encourage the return of the vigilante group.

In a public statement, Ikpeazu has “instructed and equipped state security agencies in the state to ensure watertight security around our borders and towns against any form of attack, ” and has renamed the Bakassi Boys the State Vigilante Services (VGS).

I write this article not only to the ignorant, blind and deaf West, but also and perhaps mainly to the people of the Igbo, to the people of Yoruba, the Niger-Deltans, the Middle Belters. Stand strong. If you need preserve your own through cruel rebuttal of the Fulani murderers, so be it. Do not expect the world to praise you; in sad fact, you may expect world condemnation.

As a Jew and as an Israeli, I know well the silence and hypocrisy of the world.

The Bakassi Boys and those that support them stand alone against a despicable enemy and a quiet and hushed world. It is a sad truth about our humanity that has been repeated on every single continent in every single era of world history.