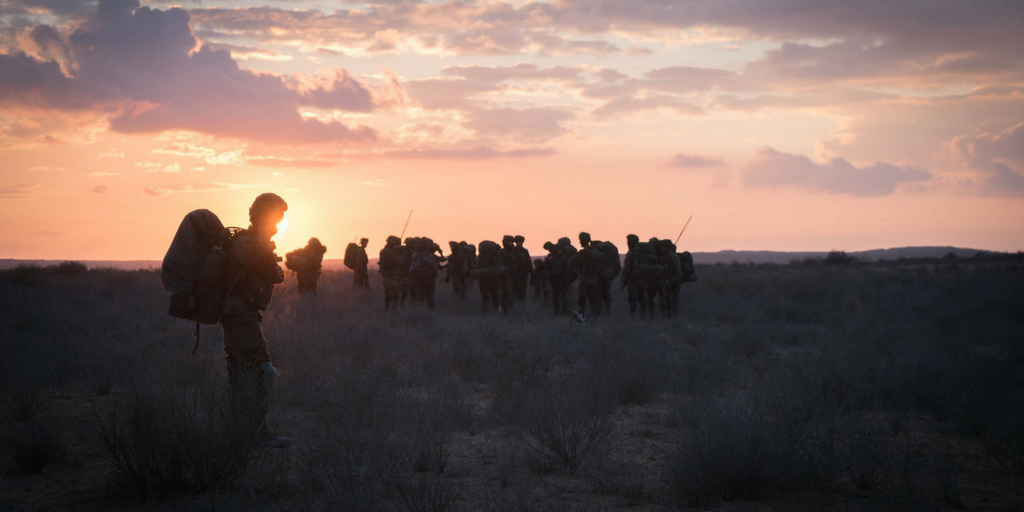 The conflict over drafting Haredim has given birth to a coalition crisis that may yet bring about new elections. A good account of the political twists and turns can be found here, if you really want to know the details. But what about the whole question of the IDF, the draft and its place in Israeli society?

The situation of the Haredim is a highly visible part of the problem. In 1947 Ben-Gurion made a deal with the Agudat Yisrael party, which represented the more observant elements of Orthodox Judaism in the pre-state yishuv, which established a “status quo” for matters of religion and state. In return, party leaders agreed not to oppose the declaration of the state.

The agreement was very general and Ben-Gurion promised that details would be worked out in the constitution for the state that was supposed to be written in the next few months. Needless to say, no constitution was written, and the uneasy status quo developed informally over the years. In 1948, during the War of Independence, Ben-Gurion agreed to exempt some 400 exceptional yeshiva students from the draft, as long as Torah study was their sole occupation (the torah umanuto arrangement). As time passed – and as the religious parties often held the balance of power in coalition governments – the arrangement expanded, until tens of thousands of Haredi young men were exempted(61,000 in 2010, the latest figure I could find).

The Supreme Court found the current situation unconstitutional in 1998, and the legislative and judicial wrangling has continued until today. Recent attempts to draft Haredim against their will gave rise to massive, sometimes violent, demonstrations. The latest proposed draft law, a compromise that is supposed to end the current crisis, has been described as saying “Haredim will enlist in the IDF, unless they don’t feel like enlisting in the IDF.”

One can understand why secular and national-religious people who are asked to give up three years of their lives plus the possibility of a month of reserve duty every year until they are 40, object to the free ride given to the Haredim, many of whom are by no stretch of the imagination “scholars.” For their part, the Haredim claim that the accommodations made by the army for their religious lifestyle are insufficient, and they view the draft as antisemitic persecution.

Some Haredi men are choosing to be drafted, but they are few and their communities treat them badly. The solution, however, can’t be to try to coerce them by threats of jail time, because they will find other ways to escape from service and will certainly contribute nothing until they do.

Over the years, geopolitical and technological changes have resulted in a reduction of the period of regular service, a lowering of the age at which one is released from reserve duty, and a reduction in the amount of reserve duty. When I served in the 1980s, I was called for six weeks every year with no exception; two weeks of training and four weeks of duty. Today, most men and virtually all women are not called in any given year and the number of days they serve when they are called is smaller.

Especially during periods of mass immigration, army service has served to integrate new arrivals into Israeli language and culture, exposing young soldiers to elements of the population that they might not otherwise meet, and serving as an object lesson in the costs of defending the nation. Universal service guarantees a degree of military literacy which makes it possible for Israelis to understand security-related issues, and vote more intelligently on them. Compare this to the US, where many citizens don’t even know anyone who serves in the nation’s professional army. And in opposition to criticism that calls Israel a “militaristic” nation, the first-hand knowledge of war that most Israelis have make it the opposite, a profoundly peace-loving nation.

But there are some downsides to universal conscription, and as time goes by they are becoming more serious. Not every draftee belongs in the military or can be of use to it, and the IDF has to spend a great deal of time and money finding something useful for them to do, warehousing them, or getting rid of them. One can only imagine the difficulties of integrating tens of thousands of unhappy Haredim who can’t eat the kosher food provided by the army and who can’t interact with women as in secular or even non-Haredi Orthodox society, assuming that it were possible to draft them.

Because the number of recruits is so large compared with the needs of the IDF, the length of regular service has been reduced to 32 months for men and two years for women. This means that resources have to be expended on training of new recruits for jobs that they will only be qualified to do for a few months.

Many observers have said that Israel would be better off with a fully volunteer, professional army. The money that would be saved by reduced training of new recruits could be spent on better equipment and good pay for soldiers who would do their jobs for long enough that their expensive training would be justified. It’s argued that modern warfare requires more highly trained specialists and fewer “grunts” who can be given a rifle and pointed in the general direction of the enemy.

One objection to this is that Israel can’t afford a large enough standing army to protect it in the event of an emergency. In the past, virtually the entire able-bodied male population could be called up to fight. But if conscripts were replaced with a professional army, then there would no longer be a pool of trained reservists who – as happened in 1973 – could join their units at a moment’s notice, ready to fight.

On the other hand, with the reduction in training of reservists in recent years, the mass emergency call-up may already be a thing of the past. And perhaps those who believe that in present-day conditions it will not be needed are right.

Moshe Feiglin, a right-wing religious politician who is nevertheless a strong libertarian, makes this suggestion:

The solution is simple: Israel must stop funding tens of thousands of soldiers who are not really needed and do nothing but make more work and expense for the system. Everybody should be drafted for a brief training period of one or two months. The IDF will choose the cream of the crop, who will remain in the army of their own free will for a long period of time. Those soldiers will get the best training and will receive excellent salaries.

The universal training period will at least produce some familiarity with military life, terminology and capabilities, even if it will not produce a supply of “grunts” to be called up in an emergency.

Any changes in this area would have to be made very slowly and thoughtfully. Today, army service is connected with almost every aspect of everyday life in Israel. Unlike the US, students usually defer their studies until they finish their service, and therefore take them more seriously. Employers hire people that they knew during their service, or who served in particular units. Young people often meet their future spouse during their time in the army. The first thing someone asks about a man who wants to work for them or marry their daughter is “what did he do in the army?” (No, they do not ask that about women – yet).

Paradoxically, some of the best things in Israeli life come from the years of compulsory servitude dictated by universal conscription. But the IDF is already moving in the direction of professionalization. The combination of increasing population size and the evolution in the nature of warfare make it unavoidable. Perhaps the revolt of the Haredim will speed up the process.