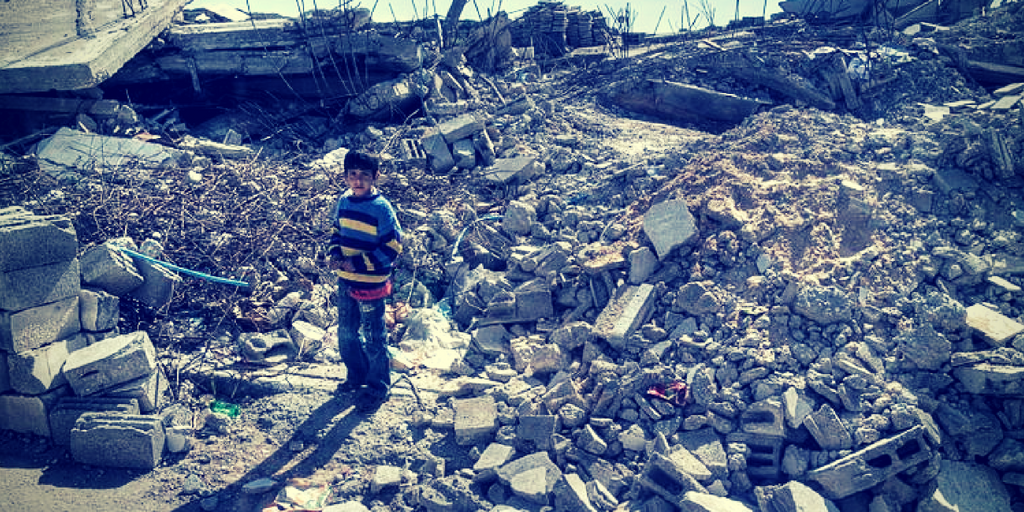 If endemic irrational hatred of Israel is viewed as a disease, then its primary vector is the Western mainstream media. Although social media have been gaining in importance recently, the traditional media organizations are still the Xenopsylla cheopis spreading this plague.

They had begun to become less and less sympathetic to Israel after the oil shock of the mid-1970s. I started noticing it in 1982, during the First Lebanon War. Never mind that we went into Lebanon because our people in northern Israel were being pounded by rockets, katyushot, fired from Lebanese territory by Yasser Arafat’s PLO. We were blamed for starting the war and sharply criticized for every civilian casualty. And then we were vilified because we didn’t prevent our Christian Phalangist allies from taking (well-deserved, in my opinion) murderous revenge on the PLO.

In 2000, we saw one of the most damaging incidents of fraudulent atrocity reporting, one which was used as an excuse for countless terror attacks, the al-Durrah affair. 12-year old Mohammed al-Durrah was not shot and killed by Israeli soldiers, and probably was not shot at all by anyone, but a Palestinian-produced “news” event, recorded by a Palestinian cameraman, legitimized and transmitted around the world by a (Jewish) French reporter and TV network, ignited a worldwide conflagration of hatred. It was one of the sparks for the Second Intifada, and al-Durrah’s “death” remains a staple of anti-Israel discourse today, despite the ample evidence that it was faked.

In 2002, Israeli forces fought Palestinian terrorists in the Jenin refugee camp, a battle in which 23 IDF soldiers and 53 Arabs, only five of whom were noncombatants, died. The media again – in this case the BBC was the prime villain – accepted fabricated Palestinian accounts as the truth, reporting 500 to 1000 deaths, the deliberate massacre of hundreds of civilians and their burial in mass graves, the destruction of part of a hospital, and more. None of it happened, but that didn’t stop the media from reporting it as if it had. And like al-Durrah, it is still an article of faith in much of the world that there was a massacre in Jenin.

It continued in 2006, during the Second Lebanon War. Social media was in its infancy – Twitter had been around for only a few months and Facebook was two years old and limited to colleges and a few corporations – but already there was communication and coordinated incitement via email, newsgroups, and blogs. Still, the mainstream media outdid itself, sucking up and spewing out Hezbollah propaganda, like the famous “Red Cross ambulance incident,” dissected by the intrepid blogger called “Zombie.”

The phenomenon has only increased since then, through our various Gaza conflicts. The media repeatedly ignored the provocations, the thousands of rockets fired into Israeli communities and the kidnappings and murders carried out by terrorists associated with Hamas; and they consistently accepted Hamas’ atrocity stories and casualty figures.

Most recently, Hamas’ attempted invasion at the Gaza fence has been presented as a “peaceful demonstration” at which Israel’s shooting terrorist operatives (53 out of the 62 dead have been identified as members of Hamas or Islamic Jihad) is described in the media as an “indiscriminate massacre of unarmed protestors.” Today, social media has come into its own, creating multiple echo chambers for anti-Zionist and anti-Jewish expression; but the “real” media continues to legitimize some of the worst narratives.

Naturally there is a close relationship between hating Israel and hating Jews, because Israel is the nation-state of the Jewish people. It’s instructive to recall the “3-D” criteria for determining when criticism of Israel crosses over into antisemitism – I prefer the expression “Jew hatred” – suggested in 2004 by Natan Sharansky: Demonization, Double standards, and Delegitimization.

The mainstream media, with a few exceptions (e.g., the Wall St. Journal and Fox News) is regularly guilty of at least the first two “D’s.” They are notorious for their double standards, especially including a double standard for credulity: almost any claims of Israeli misbehavior, cruelty, or criminality are repeated with little attempt at verification, even when the claim is made by a terrorist organization like Hamas or its sympathizers.

These claims – such as that Israel steals organs from dead Palestinians, a story first promulgated by Aftonbladet, a very “mainstream” Swedish newspaper – are often so outrageous as to be comparable to medieval blood libels, and clearly constitute demonization.

Prime examples of anti-Israel media somewhat more sophisticated than Aftonbladet are the New York Times and – what else? – the Israeli newspaper Ha’aretz. Day in and day out they provide “coverage” of Israel and her conflicts according to the principle that “for Palestinians everything is permitted; while for Israel nothing is excused.” (I apologize for not remembering who said this first).

The New York Times has a history of hostility to Jewish concerns, which according to one book on the subject are a result of the assimilationist ideology of its Jewish publisher. Just as it minimized the Jewish dimension of the Holocaust, today it minimizes the anti-Jewish roots of irrational hatred of Israel.

Ha’aretz is interesting in that it isn’t really a newspaper for Israelis. Its Hebrew print edition and website have a negligible circulation in Israel, while its English-language website ranks about 2,300th among all websites in the US – not up with the Times, whose rank is about 30 (for comparison, Abuyehuda’s rank is about 4.9 million), but not bad at all.

Ha’aretz is the home of Gideon Levy, who writes a column almost every day viciously attacking the Netanyahu government, the IDF, or the 90% or more of Jewish Israeli society that does not live in North Tel Aviv and belong to the academic, media, or “creative” Left. Levy has enormous sympathy for Palestinians and illegal migrants, but none for IDF soldiers, Mizrachi Jews who still remember who their enemies are, or residents of South Tel Aviv whose neighborhoods have been destroyed by said migrants.

Can the mainstream media be fixed? I doubt it. Reporters and editors come from universities where anti-Israel activities are prominent, and tend to study liberal arts, “communications,” or journalism rather than history. Then they join a pool of like-minded individuals who encourage each other to engage in activist journalism. Correspondents in the field are manipulated by very media-savvy operatives from Hamas, Hezbollah, and the PLO who use a combination of threats and inducements to turn coverage in their direction. By contrast, Israel’s efforts are sporadic, poorly funded, and often poorly conceived. The major news organizations use Arab stringers in places like Gaza and southern Lebanon, who are ideologically anti-Israel, susceptible to threats, or both.

Could social media replace it as a reliable source for news? This is even less likely. Social media does have a role to play in keeping the mainstream honest, as illustrated by the Red Cross ambulance incident mentioned above. But if mainstream standards are eroding, social media has no standards at all. It is very subject to manipulation, as was demonstrated during the last election in the US. And efforts to clean it up, such as Facebook’s proposal to measure “trust” in various news sources are likely to make things worse.

There is no overall solution to her media problem, but there are things that Israel could do. One is to increase the available resources and professionalism of her various spokespersons, such as those of the Foreign Ministry and the IDF. Another is to establish worldwide satellite news channels – like Al-Jazeera – broadcasting in multiple languages, which would present accurate news together with entertaining content. This would be extremely expensive, but a drop in the bucket compared with the military budget.

Although Israel’s commitment to free expression prevents us from silencing our “Gideon Levites,” we can at least speak louder and more clearly, in order to ensure that the real story is accessible to anyone who cares to listen.