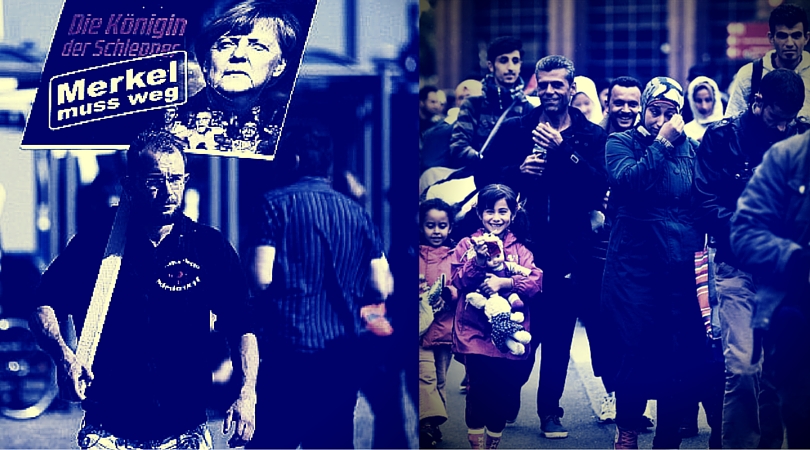 “Despite the great unease these events inspire, fear can’t be the guide for political decisions,” Angela Merkel, chancellor of Germany said on Friday, in reference to the growing outcry  from German citizens regarding her immigration policy.  She has stuck to her belief that Germany should work to keep an open immigration policy and integrate the migrants streaming into her country.

stubbornness can be an asset in politics, but in Merkel’s case it very well may be her undoing. The chorus of voices have grown stronger over the weekend.  The first Merkel “Must Go” rally attracted 5,000 protestors with 1000’s more across the country. More important for Merkel is that a key ally the governor of Bavaria who defended her Willkommenskultur – welcoming culture – towards refugees has now come our against it.

With her citizenry turning against her, she sees her rule slipping away. The question remains, are Germans ready to throw Angela Merkel out and what will be next?

A new survey found that 83 percent of Germans now see immigration as Germany’s biggest challenge.  This is twice as many as a year ago.

Recent attacks have lent strength to the right-wing movement, which has long called for stricter immigration methods, specifically in Bavaria.  This is where Merkel has faced the heaviest criticism from high-profile politicians.

With Merkel’s deal with Turkey looking increasingly likely to fall apart, the last visages of support for an open immigration policy will fade as the Erdogan agreement was the only thing lending fuel to the idea that the immigration situation could be manageable.