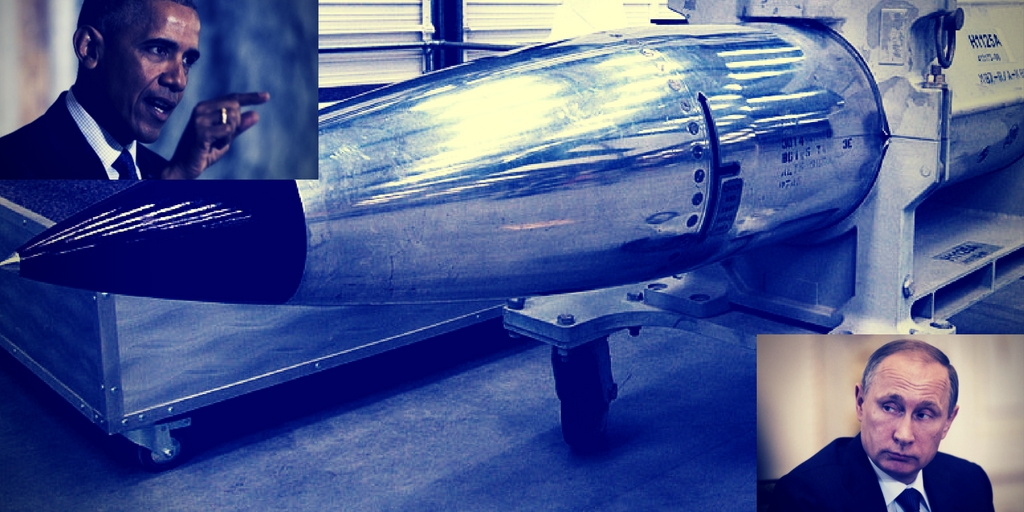 In a move that risks pushing the region into all out war, Rissian President Putin positions 40,000 troops and armored vehicles on the border with Ukraine. The US took staleite photos of the troop movemements, witnessing new staging grounds being created with an array of units including combat troops. tanks, and fighters being deployed.

Navy Captain Danny Hernandez told the Washington Free Beacon that the exercises were being closely monitored.

Hernandez said: “We are extremely concerned about the increasing tensions near the administrative boundary between Crimea and the rest of Ukraine.

Crimea is  a disputed Russian province who voted in 2014 to leave the Ukraine and join the Russian Federation as an autnomous district.

Why is Obama Moving Nukes Closer?

Multiple sources have shared that the US is moving its 50 nukes from Turkey to Romania. The reason for the move is do the deterorating relations between USA and Turkey.The fact that the move also coincides with Russian expansion both in the Middle East and Eastern Europe has not been lost on experts.  The question remains as to why Obama is doing this in such a fashion with the end result essentially handing the Middle East over to Putin?

The answer lies in how Obama and his administration has viewed the situation in the Middle East from the very beginning of his Presidency and that is an unwinnable theatre that is far best left to others.  The challenge is, “the others” Obama thought would take over was not Russia, but rather organic political and religious forces already on the ground.  It remains to be seen if and when Obama will put his foot down with Russia.  The assumption is that the real redline for Obama is Ukraine and Eastern Europe.