There Hasn’t been a single day since our Independence and Pakistan’s creation that Pakistan has not tried to hurt us in any manner deemed fit by the Demonic, Barbaric, Demented and a highly Delusional and embarrassingly for them a failed, Non-State of Pakistan. The motive of creating a Pakistan on both the eastern and the western boundary by slicing a Unified Bharat was only to keep us in check.

What Pakistan is doing right now or has been doing since its inception is exactly the reason for its creation. We cannot expect it to behave any differently from what it is engineered to do.

Pakistan comprises of only Punjabi Sunni Muslims rest are all their Lab Monkeys aka Non-State actors that they use, which Pakistan has itself admitted from time to time. There are no humans left there. What we have are people with misplaced priorities who want to wage a 1000 Years war with us, eating grass. These Lab Monkeys are nothing but only negotiating tools often used to fill Pakistan’s begging bowl without which their Economy (Pakistan Army’s Economy) if there is any would crash giving them an opportunity to try their grass eating fetishes.

This Non-State is a Hub of Global Jehad wherein the Pakistani Army and the ISI promote/fund/arm and harbor terrorism and the Government carries the sorry stories of victimization so that they could score some emotional Benjamins. One may find it a bit funny but the World Countries are Paying off their own assassin’s. So the next time you lose a dear one be it in the US, France, UK or any part of this planet and of course in India we must then ask the questions first to our respective Governments.

Why do they continue to get funded, armed and protected ? Why have we given them an MFN (Most Favored Nations) status ?? Just when exactly do we snap and talk to Pakistan via our Barrell’s?

United Nations is a farce that works in the interest of only a few big players and hence it is not at all to be trusted. They are agenda driven and put their mouths where the dollars are. UN is more concerned about Rakhine and chooses to zip its lips to the most inhuman and bone chilling Genocide happening in Balochistan under illegal, tyrannical and gruesome occupation by Pakistan. Who is going to wipe those tears off ?? Who is going to give those kids freedom who have seen their fathers thrown down from Choppers by the Pakistani Army??

The Pakistani Army conducts Raids in the guise of finding extremists and is exterminating the Balochis, paving the way for China that makes its own Islamic Maulvis do Disco Dance. What kind of Islamic Republic is Pakistan??In its own backyard it continues to Bomb the Shia Mosques, Rape and forcefully converts Christians, Hindus are made to live like slaves. This failed state has crossed all limits of Tolerance of not just India but also the Global Community and hence must be brought down with Brutal Force showing no mercy at all. If grass is what they wish to eat then we must ensure that not even a strand of grass grows there for another 1000 years.

Everytime Pakistan is cornered , they come up with heart wrenching stories which are nothing but a concoction of ISI which they script and produce to show the world that there are moderate Pakistani’s still alive in Pakistan. However it is only a Lights, Camera – ISI moment to fool the world. The Pakistani establishment cannot project a few good people and hold world peace as a hostage to their devious designs.They continue to violate ceasefire, send in their trained and armed militants a.k.a non state actors to murder our citizens and armed forces alike. Bomb houses in our border villages.

Pakistan is also involved in war crimes and carrying subversive activities in our country. It continues to jail our Indian Businessman Mr. Kulbhushan Jadhav that they abducted from Iran and framed him as a spy. Prominent Balochistani leaders have publicly called Pakistans bluff when they revealed the truth that Mr. Kulbhushan Jadhav has nothing to do with Balochistan.

There are 100s and 1000s of reasons on why we should Annihilate Pakistan but not even one to make me think otherwise. Pakistan with its history of proliferation especially its Underground Nuclear dealings has armed North Korea with a weapon that now threatens to wipe of the United States. Nobody else to blame for except for us and the global communities for letting this monster feed on our compassion only to backstab bad again and again. There is a lot of talk of Exposing Pakistan in the mainstream media.

However, Pakistan has never hidden its terror ambition. It calls dreaded terrorist Burhan Wani a freedom fighter. I do not understand how can anyone expose Pakistan who runs amock naked in its run up to be the hub of a global nuclear catastrophe. These are dangerous times not just for India but also for the entire world. As a country we have had enough of this terror heaven and we must not waste any more time in turning it into a Hell hole for these deranged lunatics.

I often say that this is one war that we will have to fight. If not today then maybe tomorrow or most certainly in the near future. In my opinion the best time in Geopolitics is Right Now.

Previous Post Gil Eyal: "I definitely feel a responsibility to represent Israel in a positive way" 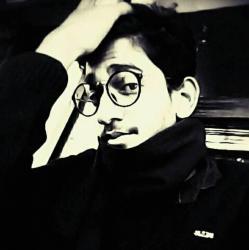