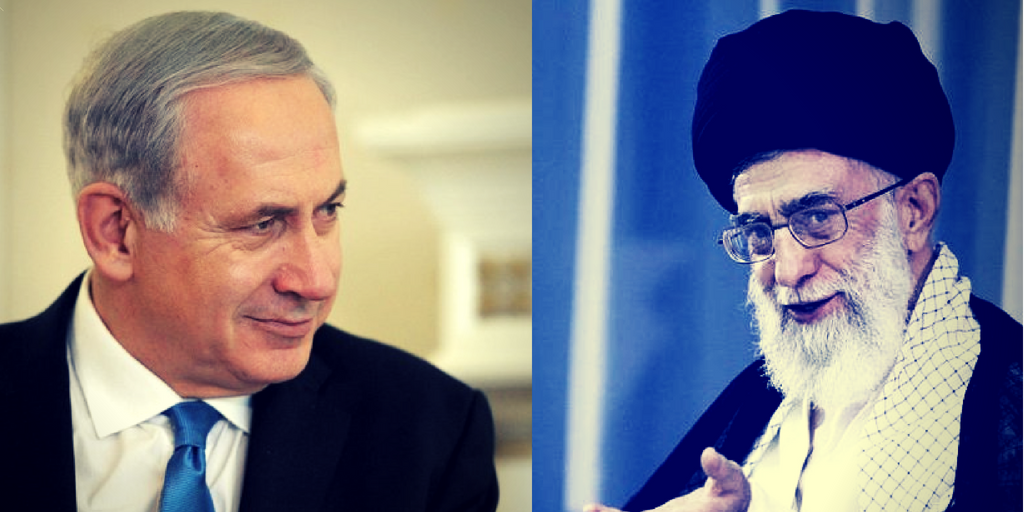 With the war of words between the United States and the Iranian regime heating up, Prime Minister Netanyahu emphasized the destablizing nature of the Ayatollahs on the whole region in today’s cabinet meeting.

“The regime in Tehran is the main element undermining stability in the Middle East. The campaign against its aggression is not over; we are still in the midst of it.

We are working to prevent Iran from achieving nuclear weapons. At the same time we are working against the establishment of an Iranian military presence against us; to this end we are also operating against the transfer of deadly weapons from Syria to Lebanon or their manufacture in Lebanon. All of these weapons are for use against the State of Israel and it is our right – based on the right of self-defense – to prevent their manufacture or transfer.”

The last point is key to understand the shifting lines of what has become a direct confrontation between Israel and Iran.  Iranian bases in Syria were never the regime’s main strategy in isolating Israel.  The IRGC always understood that in order to really isolate the Jewish state it would have to deliver game changing weapons to Hezbollah in Lebanon.  This had been occurring since the 2006 Lebanon war.

Hezbollah has nearly 100,000 missiles aimed at Israel.  These are not Hamas style rockets, but rather many of them are serious Iranian precision guided missiles.  While stopping Iran from controlling Syria is extremely important, Netanyahu’s point about preventing the transference of weapons to Hezbollah underscores Iran’s shift back to Hezbollah as their main tool of war against Israel.

In fact, the main targets of attacks by the Israel Airforce (IAF) is now against weapons depots in Syria that are meant to service Iranian arms shipments into Hezbollah’s hands.

With Iran pressed by the Trump administration’s decertification of the JCPOA, Hezbollah now becomes the main angle for the regime in Tehran to attack back against Israel.  This only appears to be a matter of time.