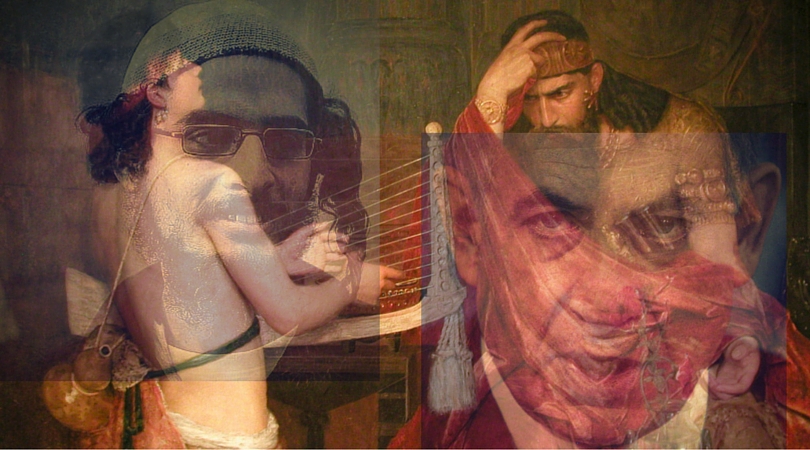 Samuel the Prophet says the following concerning Israel’s demand to have a King (Samuel 1 8:12-16): “This is what the king who will reign over you will claim as his rights: He will take your sons and make them serve with his chariots and horses, and they will run in front of his chariots.  Some he will assign to be commanders of thousands and commanders of fifties, and others to plow his ground and reap his harvest, and still others to make weapons of war and equipment for his chariots. He will take your daughters to be perfumers and cooks and bakers. He will take the best of your fields and vineyards and olive groves and give them to his attendants.  He will take a tenth of your grain and of your vintage and give it to his officials and attendants.  Your male and female servants and the best of your cattle and donkeys he will take for his own use. He will take a tenth of your flocks, and you yourselves will become his slaves. When that day comes, you will cry out for relief from the king you have chosen, but the Lord will not answer you in that day.”

We know that the people of Israel did not want to listen to the warnings Samuel told them and G-d told the prophet to listen to them anyway.  King Saul, despite his righteousness went mad with jealousy of David and eventually took the Kingdom down because of it as he stumbled in war against the Philistines.

David rose up and eventually took the reigns of power from the previous system of government.

As I stand over the river bed that David took to run away from Saul, it occurs to me as it always does, that it wasn’t just Saul who chased after David, but the entire system. David was fleeing from a system that lacked the flexibility for independent thought and true service of the divine. It was David and his 400 followers on the run from King Saul and the rest of the Nation.

Systems that are not rooted in the Divine almost always lean towards totalitarianism before they fall. The concept of a centralized state is an anathema to the Torah, which provides for power to be held locally, leaving the King as a uniter and central symbol for the Nation, whose collective energies are expressed by uniting the individual talents of each member.

The modern State of Israel and the system that rules it, is based on a statist concept of governing.  This is a system which lifts the needs of the State above the expression of individual thought and freedom. Loyalty to the State is paramount and those who express it are hoisted above all other citizens as paragons for true righteousness.

The State is everything and everything is the State. The individual’s liberties are only granted to them because the State wills it. The move to false collectivism occurred early on in the modern Zionist movement through the socialist wings usurpation of the National Zionist Congress in the early 1900’s.

The Haganah and the Labor Zionists won over the young State over Begin’s Irgun and the Lehi, when the Haganah fired on the Altalena, destroying armaments needed to ensure a hold on Jerusalem as well taking all of the Land of Israel in 1948.  Begin didn’t fight and with that the old boys network that had become the mainstream Zionist movement expanded complete control over the courts, media, labor, and government.

The young state, small in population and resources had no time to discuss the nature of the bureaucracy forming in its nascent stages. Allegiance was paramount or all would fall apart.

By the time Menachem Begin took the reigns of power, the citizenry’s concept of the State as the ultimate provider of rights was second nature.

The right swept into power time and again, but the bureaucracy remained enshrined in its original form, unmoving, and ever present.

By 2005 the State of Israel reached a crossroads. Ariel Sharon, the architect of the settlement enterprise decided to uproot the very communities he birthed.  After all they were his to build and destroy. The State is always right.

The States decides when to destroy personal property for the sake of the State and when not to. It is arbitrary. The security forces selectively punish one group, but others get away with a slap of the wrist. Security is afforded to the center of the country, but rockets can reign freely on the periphery as long as they don’t bother the cafes of Tel Aviv. Settlers are left to drive on roads surrounded by terrorists, while checkpoints are thrown up stifling morning traffic for both Israelis and Palestinians in order to ensure a false sense of security for the major population centers.

It is no longer about right or left, but about Statism and Individualism. If one critiques the government, loyalty is questioned.

Israel and Zionism have been synonymous since the Jews began to return to their ancient homeland. The question that needs to be asked now is whether Zionism’s goal was a state like all others or does the State act as a tool to further the dreams and aspiration of Zionism and the people who live within the Land of Israel.

The admonishment of Samuel the Prophet rings as true today as it did when he first said it. The dangers of a centralized government are clear. When one side uses their controls over the levers of power to stifle opposition, free thought, and expression, then the transformation into something much darker has begun.

Sometimes we want so much to change the situation that we see no other way to do it but to rise up in open rebellion. We cannot afford that here in the Middle East. Perhaps David’s way is a far more potentially successful approach. Run and build.  Statism never lasts forever. Maximum control breaks when exerted to its limits.  The truth is that all rights that are truly eternal are rooted in the Creator. For that reason, they can never be taken away no matter who controls the levers of power.

Israel can and will reach its true potential only when the Nation understands it can no longer live under a bureaucracy that places the State above individual liberties. When that happens a true awakening will occur and a true revelation and union between the individual expression of Divinity and the collective consciousness of the Kingdom will crystallize.