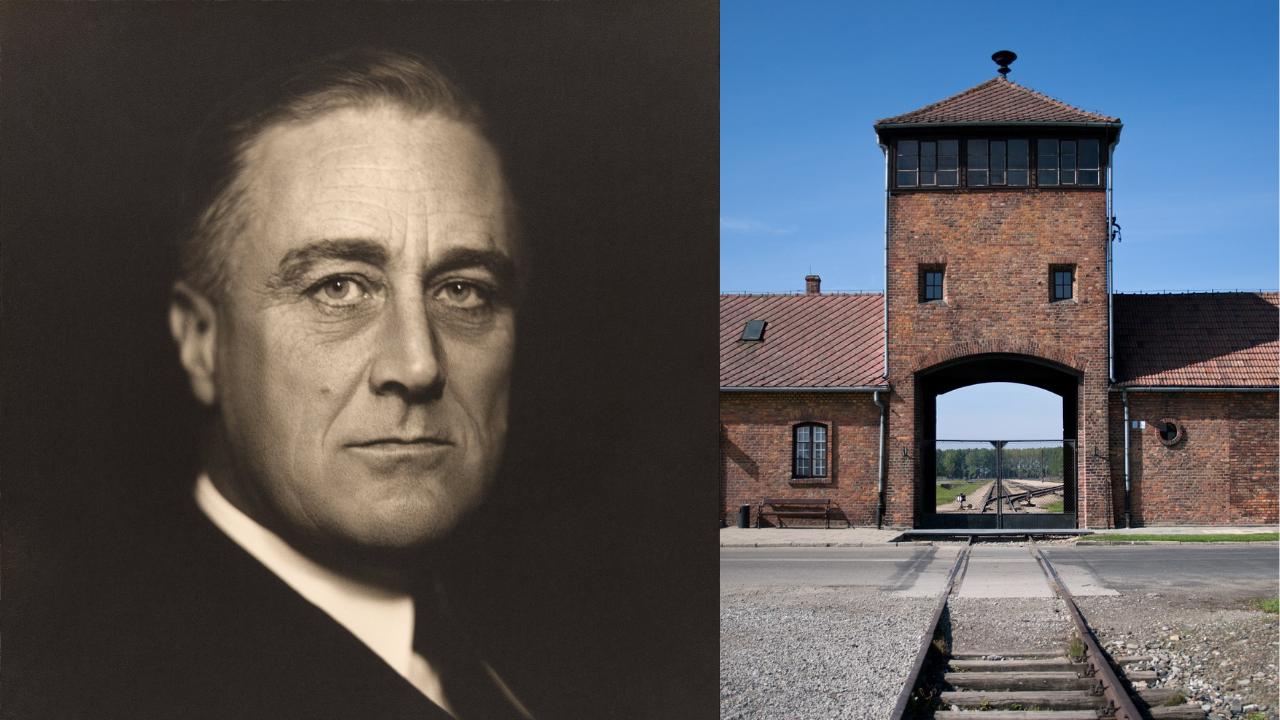 Franklin D. Roosevelt is widely remembered as a strong leader who boldly led America out of the Great Depression and to the brink of victory in World War II. Yet when it comes to the Holocaust, some defenders of FDR’s record want us to believe he was not responsible for keeping Jewish refugees out of America—as if that was all the handiwork of the State Department, which supposedly ran U.S. immigration policy and foreign policy independently of the president’s wishes.
Sorry, but you can’t have it both ways.

Prof. Daniel Greene, speaking recently at the University of Oklahoma, continued to perpetuate the implausible notion that President Roosevelt was too hapless to make his own foreign policy. Remarkably, Greene spoke for nearly an hour about America’s response to Nazism and the Holocaust, yet barely mentioned the president.

This tendentious approach is consistent with the theme of the controversial exhibit on “Americans and the Holocaust” at the United States Holocaust Memorial Museum, for which Greene was senior curator. The exhibit has been criticized by many scholars for downplaying President Roosevelt’s abandonment of European Jewry.

Greene told his Oklahoma audience that the reason so few German Jews were admitted to the U.S. in the 1930s was because of “bureaucratic walls put in place by the State Department” —as if the White House had no occupant.

What actually happened is that the State Department implemented Roosevelt’s policy of restricting immigration far below what the existing law allowed. The annual quota of German immigrants—about 26,000—was filled only once in FDR’s twelve years in office; in most of those years, it was less than 25% filled.

There are letters from the president himself at the time in which he acknowledged and defended the fact that visas were, as he put it, “considerably under-issued.” There are documents showing that State Department officials briefed the president on their efforts to keep refugees out.

Equally troubling was Greene’s deeply flawed description of the American response to the Nazis’ Kristallnacht pogrom in 1938. Greene simply omitted any mention of the offer by the governor of the U.S. Virgin Islands to open his territory to Jewish refugees, and FDR’s rejection of the offer. The exhibit at the museum likewise fails to mention the Virgin Islands as a possible haven for refugees.

The sad truth about President Roosevelt and Nazi Germany in the 1930s—never acknowledged by Greene or the U.S. Holocaust Museum—is that FDR consistently sought to maintain good relations with the Hitler regime prior to the war.

Under President Roosevelt, the U.S. government warmly welcomed the swastika-bedecked German warships Karlsruhe and Emden, which Hitler sent to American ports in 1934-1936 to promote good will between the Third Reich and the United States. The warships visited American Atlantic, Pacific, and Gulf Coast ports at a critical time, when Nazi Germany was emerging as a major military power. High-level U.S. military officials openly fraternized with the Nazi warships’ officers, helping to legitimize Hitler’s rearmament program, which put all of European Jewry in extreme danger. With the assistance of Roosevelt’s State Department, the U.S. Navy even helped the Nazi warships improve their combat readiness.  In numerous speeches to American business and civic groups, the German warships’ officers aggressively promoted Nazism and Hitler’s expansionist policies.

The Roosevelt administration ignored  fierce protests by American Jews and trade unionists against the Nazi warships’ visits. The administration’s policy helped enable Nazi Germany to present itself as a respectable member of the community of nations, with many legitimate grievances. Greene mentioned none of this, nor can it be found in the U.S. Holocaust Memorial Museum’s exhibit.

The hosting of the Nazi warships was consistent with President Roosevelt’s policy of maintaining cordial, sometimes even friendly, relations with the Nazi regime. From 1933 until the end of 1938, FDR never publicly criticized Hitler’s persecution of German Jews. He never suspended diplomatic or trade relations with Nazi Germany before World War II. And even as many Americans were boycotting German goods in the 1930s, the Roosevelt administration was helping the Hitler regime evade the boycott by allowing it to use deceptive labeling on their goods so that American consumers would not recognize their country of origin.

Toward the end of his talk in Oklahoma, Greene described how the Holocaust Museum’s exhibit was intended especially for younger audiences, so he and his colleagues polled high school students in advance. He said he was surprised when “high school students didn’t do well on the question of who was president in World War 2.”

Sadly, neither the exhibit nor its roving spokesman is doing much to improve the situation. So long as they depict Roosevelt as the amazing vanishing president—who suddenly goes missing when the embarrassing abandonment of the Jews is discussed—how could high schoolers be expected to know any better?

(Dr. Rafael Medoff is founding director of The David S. Wyman Institute for Holocaust Studies; his most recent book is The Jews Should Keep Quiet: Franklin D. Roosevelt, Rabbi Stephen S. Wise, and the Holocaust. Dr. Stephen Norwood is Professor of History and Judaic Studies at the University of Oklahoma; his latest book, which is in press, is Prologue to Annihilation: Ordinary American and British Jews Challenge the Third Reich.)

Previous Post Are We Ready To Climb Jacob's Ladder? 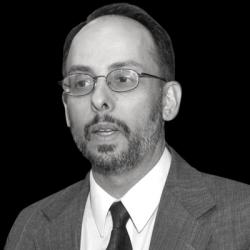