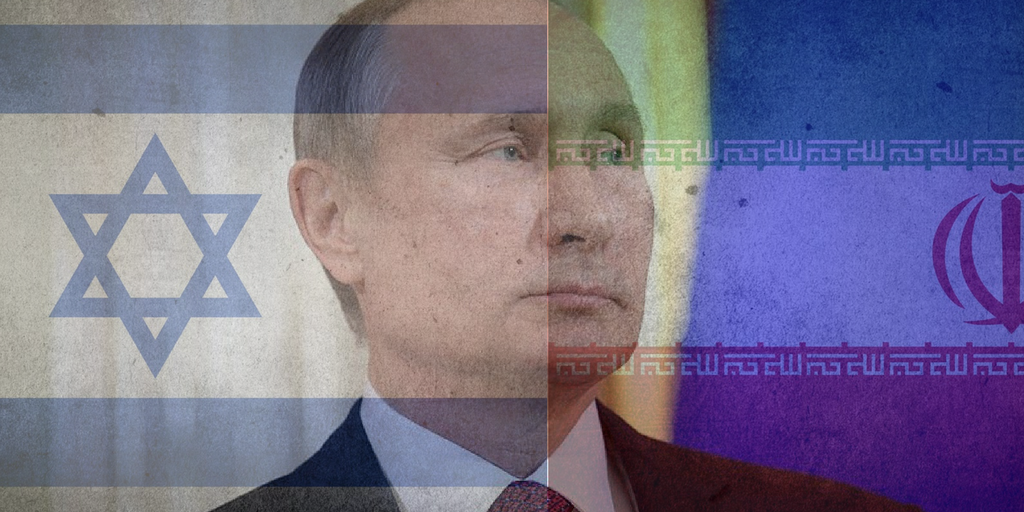 The pervading assumption is that Vladamir Putin, Russia’s President was willing to work with Israel.  Afterall every time there has been a near conflict of interest between Israel and Russia, Bibi Netanyahu and Putin have met to smooth it out. This was the appearance this past week between the two leaders in the Russian resort city of Sochi.

Reports indicated that Prime Minister Netanyahu did indeed lay out red lines for Putin on Iran’s approach to the Golan, but these red lines have already been obliterated as Arab and Israeli media report that Iranian special forces have taken up positions on the Golan border.  According to reports Iran had asked for this allowance as payback for helping Russia stabilize Syria.

This ultimately means that Israel’s North is now surrounded by Hezbollah and Iran under Russian protection.

Russia as the Keymaster

Voices are being raised in Israel for a preemptive strike to knock out Iranian positions East of the Israeli Golan,  but Russian troops positioned there are providing cover for the Iranian militias and Hezbollah.  Israel has little choice but to either take a chance in opening a wider war between Russian backed Iranian militias, Hezbollah, and the Syrian regime or beg for Russia to force these troops back.

Putin understands Israel’s predicament and will want something in exchange for this move. The only question for Israel will be whether his price is too high.

The coming days will be critical in determining Israel’s next course of action. As Iran strengthens its position on the Golan, Israel may have no choice but to knock out these troops before they become to many to quickly get rid of.

A Deal in the Works?

Yet, in the “Great Game” of the Middle East, there is still time for Putin to give Israel a free hand to rid himself and Israel of Iran by allowing the IAF to wipe out the nascent Iranian positions near Israel. Doing so would send a message to Iran not to approach the Golan and would convey Putin’s view that Iran’s partnership can be terminated whenever he deems fit.

Given the present fluid situation, it impossible to predict the next steps, but what is clear is that the region is fast approaching a point of no return.