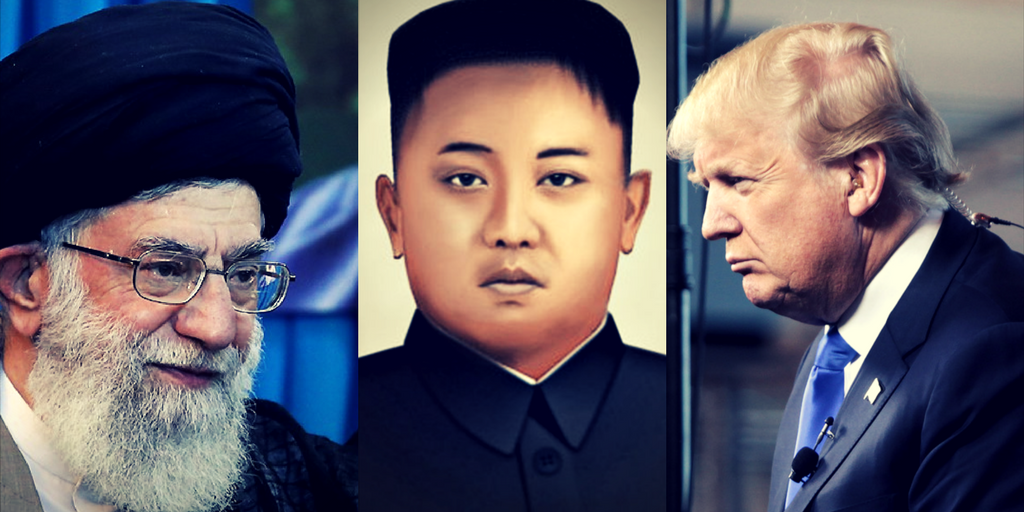 With the above words, the world has entered into unchartered territory.  South Korea reports that its military has raised it alert level, while Japanes Prime Minister Abe warned his citizens to take the proper safety precautions. Ultimately the three ballistic missiles that flew over Japan have now pushed the likelihood of a major military confrontation between the USA and North Korea to a high probability.

This of course has come at the same time that it has become clear that Iran is now in position to strike Israel from both Lebanon and Syria, effectively choking Israel’s North.

As we have noted numerous times, both North Korea and Iran have a symbiotic relationship where one supplies the other with money while the other develops ballistic missiles and ultimately nuclear weapons.

As chaos seems be the new norm, the VIX (Voltility Index) which essentially is the markets measurement for global chaos skyrocketed.

And if markets are an indications of where things are going this tells us everything:

Futures on the S&P 500 fell on reports that North Korea fired a missile toward Japan https://t.co/CjXIQVOqdC pic.twitter.com/0bMqYmgwGm

Most observers believe President Trump will now have no choice but to strike North Korea in some manner.  Of course we know that the Chinese will step in at that point.

Iran will not stand on the sidelines while its partner is attacked and should be expected to strike on Israel and the Golan.

These three missiles now place the world at a crossroads between the stability of the old order and the chaos that comes right before a new world.

All eyes are now on Trump.