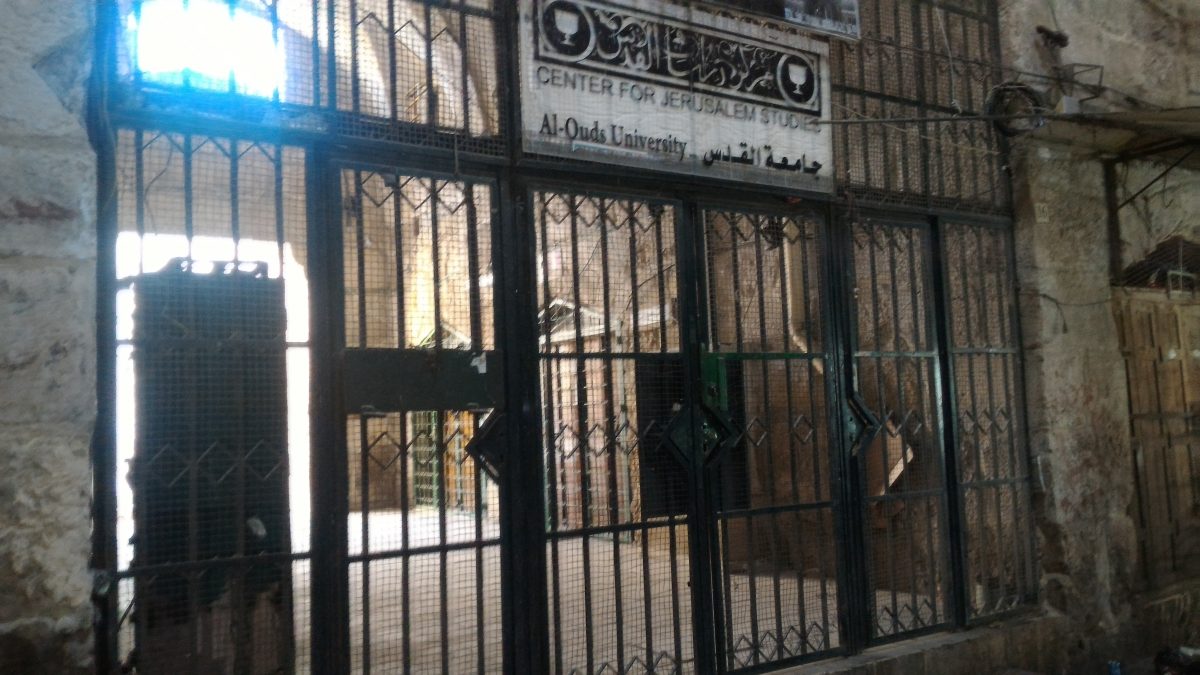 Al Quds University, the Palestinian University in “East” Jerusalem actually situated in Abu Dis opened up a chapter just moments from the Temple Mount, site of the two destroyed Jewish Temples and the holiest site to Jews around the world.

In an attempt to appropriate and strengthen the Islamic and Arab narrative in the Old City of Jerusalem, Al Quds in the Old City is financed by the EU and other Palestinian Authority backers.

The area the Al Quds Jerusalem branch is located in is in between the Temple Mount, the Northern Jewish Quarter and the famous Kotel HaKatan (Small Western Wall). This area is more than just strategic, but historically and religiously significant to Jews.  The Northern Jewish Quarter was the home to a thriving Jewish community up until the Arab pogroms of th 1920’s and 1930’s as well a few minutes walk from the now renovated Synagogues in the area.

By the Arabs making a play for the area they are attempting to alter the fragile balance in a Jewishly historic area of the Old City.