The purpose of this article is to open a window in understaning the New War over the Old City of Jerusalem. It is not the traditional war of 1967, but a more subtle one which can only be understood within th econtext of Islam. There are two classifications of land in Islam: Dar Al-Islam (land under Sharia law) and Dar Al-Harab (land yet to be conquered).

The Land of Israel occupies a sort of middle ground. Although the Jews conquered the Land in full in 1967, many areas have been left to operate in almost full submission to Sharia. The Old City is interesting because it has both and the satus quo of Sharia is being challenged with more Jews moving into  Previously Muslim/Arab only areas.

This isn’t to say Jews don’t have their place in Dar Al-Islam.  Our place is very clear traditionally.  It is calle dbeing a Dhimmi. The Dhimmi is any non-Muslim who lives second class under the Sharia.

The Quaran 9:29 gives a glimpse as to what this means: :Fight those who believe not in Allah nor the Last Day…Until they pay the Jizya with willing submission and feel themselves subdued.”

The main body of law that dictates relationships between Muslims and non-Muslims is the Pact of Umar, which includes sc rules as:

And my favorite, Dhimmis must wear a Zunar or yellow belt.  This was in use in Afghanistan for Hindus up until 2001. These things show where the real fight lies. It is not particular to land but to the new Jewish refusal to submit. We pray aloud, walk where and how we please and do not leave ourselves defenseless.

In order to win we must continue to live in and traverse these areas according to a Jewish status quo and make it clear that this is indeed not Dar Al-Islam. 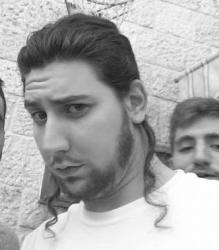 Tzvi is an expert in Arab Jewish interrelationships and is a leading activist on reclaiming stolen Jewish property in the Old City of Jerusalem.

Tzvi is an expert in Arab Jewish interrelationships and is a leading activist on reclaiming stolen Jewish property in the Old City of Jerusalem.