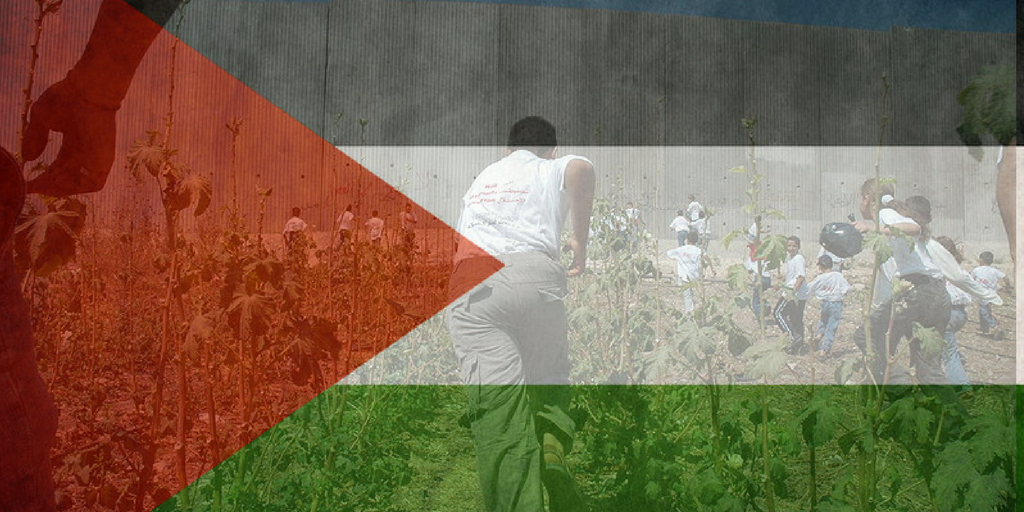 There is precious little reason to believe that any Palestinian state established in areas evacuated by Israel would not swiftly degenerate into a mega-Gaza overlooking greater Tel Aviv.

The nightmare stories of the Likud are well known. After all, they promised rockets from Gaza as well. For a year, Gaza has been largely under the rule of the Palestinian Authority. There has not been a single rocket. Nor will there be any ... – Yitzhak Rabin, Radio interview, July 24, 1995.

In the history of international politics, there have been numerous ideas that proved both myopic and moronic. But few—if any—have proved more so than the ill-conceived idea of foisting statehood on the Palestinian-Arabs. Compounding the folly of this fatal fiasco is the fact that it was not only completely predictable—but persistently predicted.

Particularly puzzling—indeed perverse—is the fact that any prospective Palestinian state is almost certainly likely to embody the very antithesis of the values invoked for its inception by the liberal-Left Establishment.

After all, there is little reason to believe that any such state would be anything other than a misogynistic, homophobic Muslim majority tyranny and a bastion for Islamist terror groups–whose hallmarks would be gender discrimination against woman/girls; persecution of homosexuals, prosecution of political dissidents, and suppression of non-Muslim faiths. Indeed, its liberal-Left devotees have certainly never provided any remotely compelling argument why it would not be. Neither has the empirical precedent set since the ill-considered 1993 Oslo Accords began the ill-fated process of prodding the unprepared Palestinian-Arabs towards self-government.

After all, since Arafat’s triumphant return to Gaza in July 1994, despite massive financial aid, almost unanimous international endorsement, and a series of Israeli governments, whose pliant leniency towards repeated Palestinian malfeasance exceeded the bounds of reason and common sense, the Palestinian-Arabs have failed to create anything remotely resembling a sustainable, productive society. Indeed, all they have managed to produce is a corrupt keptocracy under Fatah and a tyrannical theocracy under Hamas.

Thus, after a quarter-century, notwithstanding the huge advantages it enjoyed —that, arguably far outstrip those that any other national liberation movement has had at its disposal—the Palestinian-Arab leadership has little to show for its efforts. All it has brought its people is an untenable and divided entity, with a dysfunctional polity, barely capable of holding even municipal elections; and an emaciated economy, crippled by corruption and cronyism, with a minuscule private sector and bloated public one, patently unsustainable without the largesse of its alleged “oppressor”, Israel.

Gaza: The gravest indictment of two-statism.

Gaza, where the misguided experiment in two-statsim was first initiated back in 1994, sparking a surge of deluded optimism, has now become its gravest indictment—for both Jews and Arab alike.

For Arabs in Gaza, the specter of “humanitarian disaster” hovers over the general population, awash in untreated sewage flows, with well over 90% of the water supply unfit for drinking, electrical power available for only a few hours a day, and unemployment rates soaring to anything between 40-60%. Accordingly, there should be no surprise that a recent Palestinian poll found that only 6% of Gazans had a positive perception of prevailing conditions in the enclave, while almost 80% considered them bad or very bad.

For Jews in Israel, ever since governance of Gaza has been transferred to the Palestinian-Arabs, it has been a hotbed of terror from which numerous deadly attacks have emanated.

Israel’s unilateral 2005 evacuation of the entire area, with the demolition of over a score of thriving Jewish settlements and the erasure of every vestige of prior Jewish existence—including the exhuming of graves and the removal of graveyards for fear of desecration by Palestinian-Arab hordes—did little to temper the Judeophobic fervor of the Gazans.  Significantly, the only remnant of Jewish presence left by Israel were two dozen synagogues, which were all immediately razed to the ground by frenzied Arab mobs.

Moreover, if there were any hopes that Israel’s departure from Gaza would spur the Palestinian-Arab leadership to divert the focus of its efforts from terror-related activity to constructive nation-building, they were soon to be dispelled.

Indeed, quite the opposite occurred. Exploiting the absence of the IDF, the Palestinian-Arab terror groups in Gaza embarked on a feverish drive to enhance their capabilities to inflict harm on Israel and Israelis. To illustrate the point, when Israel withdrew from Gaza in 2005, the rockets which the Palestinian terror groups had at their disposal, had a range of barely 5 km and a carried an explosive charge of around 5 kg. Today, they have missiles with ranges over 100 km and warheads of 100 kg—i.e. they have enhanced these capabilities by a factor of 10!

Moreover, they have developed additional abilities that were barely conceivable back in 2005—such as a naval strike force to attack Israel from the sea. But arguably the most menacing development is the excavation of an extensive array of tunnels underneath much of Gaza—including attack tunnels reaching into Israel to facilitate raids to murder or abduct Israeli citizens and soldiers.

Incessant terror attacks from Gaza forced Israel into three large-scale military operations (in 2008, 2012 and 2014) to restore some semblance of calm on its southern border—and a fourth round seems increasingly unavoidable as rockets continue to be fired at Israeli civilian centers.

These campaigns inflicted considerable Israeli casualties—almost a hundred fatalities and well over a thousand wounded. The Palestinians suffered far higher losses—among other things, because of the tactics employed by Hamas of using civilians to shield their armed combatants.

Moreover, these campaigns cost the Israeli economy many billions of dollars—in direct military and civilian outlays, as well as lost production—as millions of Israelis remained huddled in shelters for weeks, with the country’s cities, towns and villages under repeated bombardment – see here, here and here. To this must be added the massive expense of protecting the civilian population from continual interbellum terror attacks—such as the need to build numerous fortified structures in homes, public buildings, educational centers and kindergartens.

Israel has, of course, also been forced to invest huge sums in a quest to find an effective response to the overhead threat of rockets/missiles and the underground menace of tunnels.

The former has resulted in the largely effective “Iron Dome” which has generally kept the Israeli civilian population safe from overhead attack—by intercepting generally very cheap, primitive projectiles with very expensive and sophisticated ones.

The underground tunnels have proved a more challenging problem, and Israel has diverted enormous resources in search of a solution to the threat they pose. Recent successes in discovering and destroying some of such tunnels suggest that good progress has been made in regard.

In addition to these technological efforts, Israel has undertaken the construction of a physical anti-tunnel barrier along the entire fifty-plus km border with Gaza, dubbed by the IDF Chief of Staff, Lt. Gen. Gadi Eisenkot, “the largest project” ever carried out in Israel’s military history. Reportedly planned to extend into the sea, this giant barrier will comprise a six meter wall above ground and an underground concrete barrier, replete with advanced sensors, reportedly reaching depths of 40 meters.

Accordingly given the resounding failure of the endeavor to confer self-determination on the Palestinian-Arabs—and the enormous cost incurred in contending with that failure—it seems utterly incomprehensible that not only do demands to persist with it continue—but also to greatly expand it!

For despite the Palestinian-Arabs proven inability to successfully meet the challenges of self-determination—even on a minuscule scale in Gaza—pressures still endure—in defiance common sense and intellectual integrity—to extend the experiment to the territory of Judea-Samaria.

The scale of this predestined folly is perhaps best illustrated by the size, cost and complexity of the previously mentioned anti-tunnel barrier under construction.

After all, if the IDF were to evacuate Judea-Samaria, there is little reason to believe that it would not follow the same path as Gaza and descend into tyrannical Islamist theocracy. Indeed, the proponents of such evacuation have not—and cannot—provide any persuasive assurance that it will not. Certainly, such an outcome cannot be discounted as totally implausible—and hence must be factored into Israel’s strategic planning as a possibility, with which it may well have to contend.

Accordingly, if Israel’s evacuation of Gaza gave rise to the need to build a multi-billion shekel barrier to protect the sparsely populated, largely rural south, surely the evacuation of Judea-Samaria is likely to give rise to a need to construct a similar barrier to protect the heavily populated, largely urban areas, which would border the evacuated territories.

There would, however, be several significant differences.

For, unlike Gaza, which has a 50 km border with Israel, any prospective Palestinian-Arab entity in Judea-Samaria would have a frontier of anything up to 500 km (and possibly more, depending on the exact parameters of the evacuated areas).

Moreover, unlike Gaza, which has no topographical superiority over its surrounding environs, the limestone hills of Judea-Samaria dominate virtually all of Israel’s major airfields (civilian and military); main seaports and naval bases; vital infrastructure installations (power generation and transmission, water, communications and transportation systems); centers of civilian government and military command; and 80 percent of the civilian population and commercial activity.

Under these conditions, demilitarization is virtually irrelevant—as illustrated by the allegedly “demilitarized” Gaza. For even in the absence of a conventional air-force, navy, and armor, lightly armed renegades with improvised weapons could totally disrupt the socioeconomic routine of the nation at will, with or without the complicity of the incumbent regime, which given its despotic nature, would have little commitment to the welfare of the average citizen.

Faced with this grim prospect, any Israeli government would either have to resign itself to recurring paralysis of the economy, mounting civilian casualties and the disruption of life in the country, or respond repeatedly with massive retaliation, with the attendant collateral damage among the non-belligerent Palestinian-Arab population and international condemnation of its use of allegedly “disproportionate force.”

What could possible go wrong?

But it is not only demilitarization that is largely irrelevant. So too is the alleged sincerity of any prospective Palestinian “peace partner”. For whatever the deal struck, its durability cannot be assured.

Even in the unlikely event of some Palestinian, with the requisite authority and sincerity to conclude a binding deal with Israel, did emerge, he clearly could be removed from power – by ballot or bullet – as the Gaza precedent clearly demonstrates. All the perilous concessions made to him, on the assumption of his sincerity, would then accrue to a far more inimical successor, whose political credo is likely to be based on reneging on commitments made to the “heinous Zionist entity.”

Accordingly, based on both past precedent and sober political analysis, there is every reason to believe—and precious little not to—that any Palestinian state established in any area evacuated by Israel would swiftly degenerate into a mega-Gaza, overlooking greater Tel Aviv—with all the attendant perils such an outcome would entail.

So, in response to the question “What could possibly go wrong?” the answer must be “Pretty much everything”.