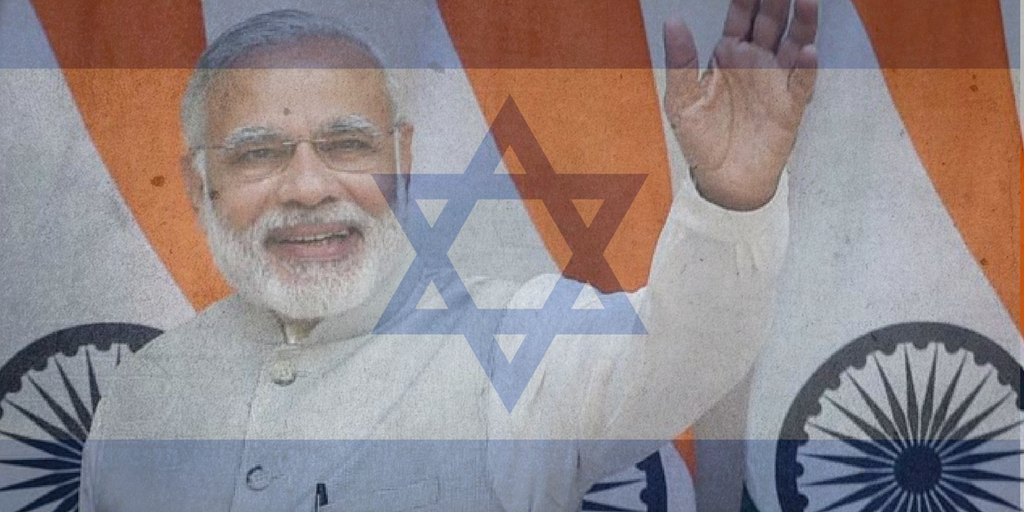 The arrival in Israel of Narendra Modi, will not only be the first visit of an Indian Prime Minister, it will mark a huge shift in India’s foreign policy as the Hindu country home to one billion people will openly pivot to the only Jewish State. India has always kept a balanced approached in the Middle East in order to build relationships with Israel and Arab countries.  When Modi was elected in May of 2014, he entered office under a wave of populism and Hindu nationalism.  Many Indians are wary of their Shiite neighbors in Pakistan as well as the dispute over Kashmir.

Modi made no secret of his admiration for Israel and saw his long time relationships in the private sector with Israeli tech companies as a blueprint to build a serious long term partnership on.

But perhaps the most important part of this trip is not where Modi is going or what Defense and other development deals he signs with Israel it is where he is not going.

An article in the Indian Express expresses the pivot perfectly:

“The fact the PM will not visit the Palestine territories – especially Ramallah, which is only a few kms away from the Israeli Knesset – is a major departure for India’s foreign policy. Essentially this indicates that India is ready to break from the past and de-hyphenate its relationship with Palestine from Israel. The Ministry of External Affairs has been advocating this strategy for some time, but New Delhi’s hesitation has cut across party lines. Balancing Israel and Palestine had become the hallmark of India’s diplomatic dance since relations were normalised in 1992.

It is in this context one should read the important Indian shift vis-à-vis Israel. During Abbas’ recent visit, Modi announced India’s support to the Palestinian cause and said that there should be “a sovereign, independent, united and viable Palestine, co-existing peacefully with Israel.” In the previous decade, the Indian statement was always caveated with the phrase, “with East Jerusalem as the capital”, but Modi chose to omit it altogether.”

India’s shift away from a Palestinian centric foreign policy will have deep ramifications on the Palestinian leaderships ability to play an anti-colonial PR game. For years third world countries saw India as a beacon for other former colonies. It is no accident that in recent years as Africa has grown closer to Israel, that India and Israel have also forged a unique alliance.

The more “Palestine” is seen as the real artificial presence residing in the heartland of the Jewish people subsisting from international assistance, then real peace can be achieved.  Modi’s visit destroys the “Palestinian” narritive and recalibrates the focus on India’s 2000 year old relationship with Israel and the Jewish people. This burgeoning partnership enhances Israel’s position as a world leader and boosts development in India.

Modi’s focus on building relationships with countries that are likeminded and valuable to the giant Hindu superpower will not only boost Israel, but rehape world geopolitics for years to come.