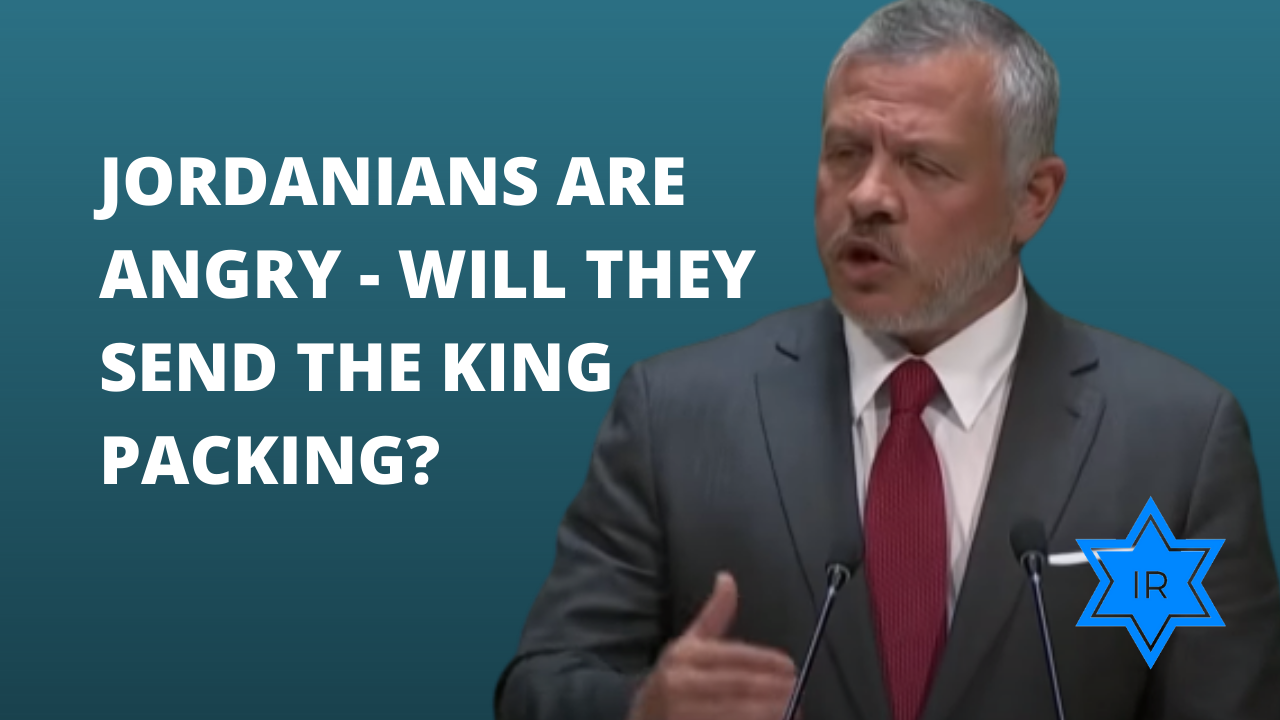 Israel has always put up with the King of Jordan’s addiction to the Muslim Brotherhood. After all, the King has served the Israeli government’s interest by providing a sort of known quantity on its Eastern border. True, he supports repressive laws in his country, a form of Apartheid against Palestinians living there and he cozies up to anti-semites around the Middle East.

Israel put up with the King’s hatred of the Jewish people and their right to Jerusalem and the Land of Israel, because until this summer Jordan and Egypt represented the only Arab states that were willing to make peace with the Jewish State.

With the UAE and Bahrain signing the Abraham Accord, Jordan’s King no longer has a use for Israel nor the Gulf States. In fact, his long standing pact with the Muslim Brotherhood may in fact be the very reason none of the Sunni Gulf States want to put up with him anymore.

This is why the recent elections in Jordan were such a blow to the King and his Islamicist partners.

Abed AlMaala, deputy secretary general of the Jordanian opposition said: “In Jordan, 3 things are clear. First, the King has placed himself above the Constitution, so he can do what he wants. Second, he appoints both the Prime Minister and all the members of the Upper House of Parliament. Finally, no one can run for office of any type without the king’s permission. Usually this means swearing allegiance and paying a hefty fee (bribe) to be on the ballot. Once on the ballot, it is almost assured that you will win, because it implies that the king has blessed your candidacy.”

For years now, there has been a growing grassroots movement opposing the Hashemite Royal Family. As the average Jordanian has seen a steep decline in his finances and quality of life, the animosity between the masses and the regime has grown.

In order to hold back the citizenry, the King has instituted repressive measures, but now they are in fact beginning to falter as well.

If the King cannot stablize his Kingdom, Israel may see its Eastern neighbor enter the type of chaos it was worried about to its North. Then again, with the UAE and Bahrain, it may be high time that the King is shown the door anyway. It is kind of hard to distract your citizens by blaming their lot on Israel when the UAE and Bahrain, both very successful see things quite differently.

Next Post Why Do These US Elections Matter To Israel?