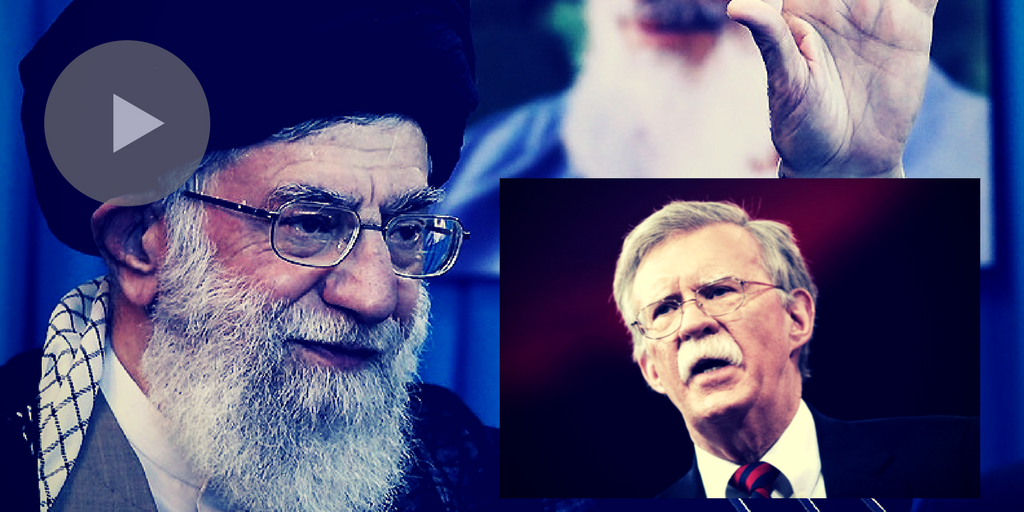 “I think it’s important to understand that that these demonstrations are very different than
the demonstrations that took place in the summer of 2009 after Mahmoud Ahmadinejad stole the presidential election that year what with the blessing of the Ayatollahs running the country. Those demonstrations were really
led by elements within the government itself and so they brought people into the streets to protest the election but
they were not by and large protesting the regime itself some people were, but not the leaders and that’s why those
demonstrations started in Tehran that’s where the center of the government is and only spread,” Ambassador Bolton said, describing the difference between the Iranian protests those in 2009.
In 2009, upper class Iranians in Tehran as well as students were led by members of the Iranian elite against what they saw as a stolen election.  This protest movement was known as the Green Movement.  When it became obvious Obama declined from supporting the movement while supporting similar protests throughout the Arab world, the Green Movement fizzled and fell apart.
Bolton continued: “These demonstrations are very different. We’ve seen from even the limited press coverage that’s out there that these people are calling for the end of the Islamic Revolution itself and that their economic complaints are not new. These are things that have gone back for a long time. I think it shows that regime is in trouble and that’s why I think the United States could play an important role here. Not by use of force or anything like by supporting the legitimate opposition and frankly by declaring that it’s American policy to see the Ayatollahs overthrown you know you’re talking about the opposition.”
John Bolton lost no time in showing the difference between former President Obama’s approach to the Iranian regime and that of President Trump and his team.
“I think the most dramatic change has already occurred. You have President Trump, members of his administration taking the side of the demonstrators; a hundred and eighty degrees the opposite of what Barack Obama did in 2009. We know from former Soviet prisoners that when Ronald Reagan spoke out about their descent from the communist government, it gave them hope. It said the rest of the world was watching and I think the opposition inside Iran and in the vast Iranian diaspora outside of the country can see that this is a very different American Administration.”