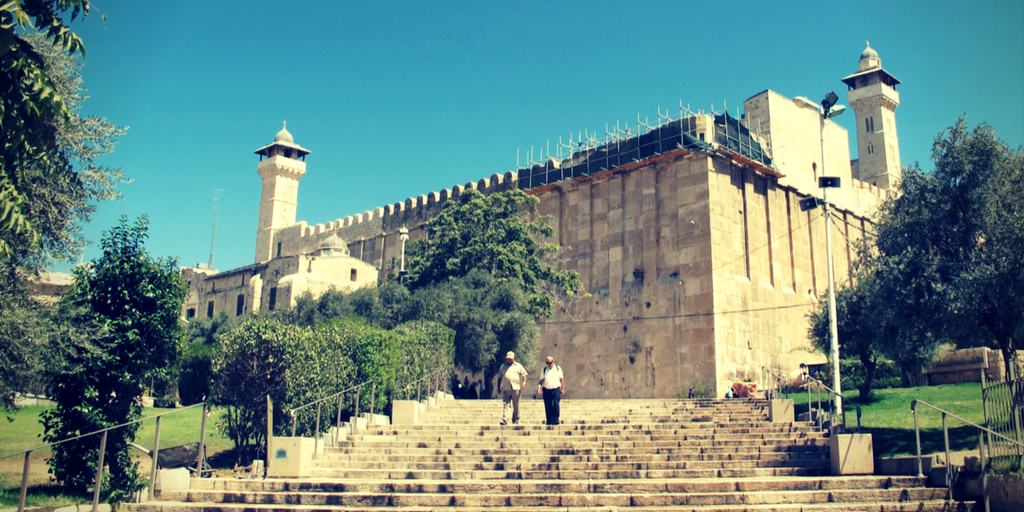 Today is called Yom Hevron (Hebron Day). It is the day where the Nation of Israel through one Rabbi, Rav Goren conquered an entire city during the Six Day War.  Hebron is the burial place of our Patriarchs and Matriarchs as well Ruth, Yishai, and many more ancient graves. It is our roots, our past, and the foundation for our future Kingdom. More than anything it is the testament that this Land is ours. The Cave of the Patriarchs is the oldest Jewish building stills standing dating back nearly 2000 years, built by Herod as a monument over the ancient cave where Abraham, Isaac, Jacob, Sarah, Rebecca, and Leah are buried.

Hebron is a city of conflict.  It is a place where we the Jewish people have struggled, fought, lost, and now have returned.

Our roots are our source of strength and faith. These roots are what gives us our ability to push forward even at times where we have no strength.

When the 12 Spies entered the Land under the orders of Moses, Joshua and Caleb understood that they would be on their own. Joshua was given an extra letter to his name to strengthen him, yet Caleb had no extra protection.  He split off from the group and the midrash says he went to Hebron, to the Cave of the Patriarchs and laid upon their graves.  This gave him the faith and trust in his true purpose to not fall into the sin of the spies.  Caleb merited to inherit Hebron upon his entering into the Land years later.

We as a nation have come home.  The source of our amazing and miraculous return is the roots that dig deep into the Land.  When Abraham bought the Cave where he buried Sarah and where he himself would be buried, he understood that its acquisition is for perpetuity.  This is the strength of Hebron and this is why the war over it is fought so strongly by our enemies. Without Hebron there is no past and therefore no future, even in Jerusalem.

Over 15 years ago when I first went to Hebron, I was nearly gunned down. Most people would have never returned, yet I was drawn to the struggle, to be close to my ancestors. I returned over and over again and my family and I eventually made our home just South of the city. There has been both joy and pain over the years, but Hebron has been our divine motivation to hold on and build our path to Redemption.

I thank the Almighty for the merit to have returned to the place where my ancestors began their journey to connect with the Divine and where King David began his rule.