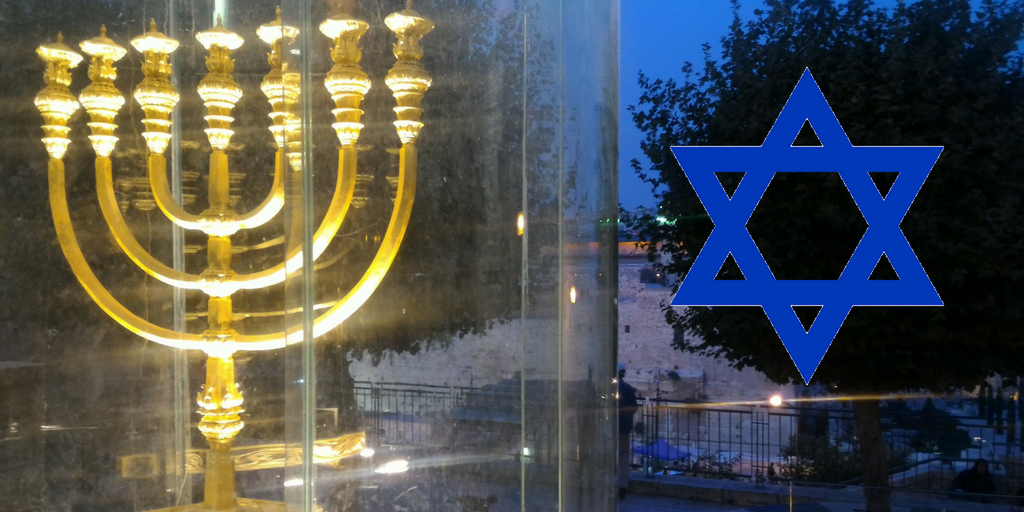 “‘Take a census of the entire assembly of the Children of Israel according to their families, according to their fathers’ household, by number of the names, every male according to their headcount. From twenty years of age and up – everyone who goes to the army in Israel – you shall count them for their armies, you and Aharon. And with you shall be one man from each tribe; a man who is leader of his father’s household.’” (BAMIDBAR 1:2-4)

BAMIDBAR begins with the decree that Israel take a national census. Many of history’s great Torah luminaries explain the entire purpose of this count to have been for the organization of a military force that would liberate the Land of Israel from foreign rule. The holy Ohr HaḤaim even adds that there was a hidden miracle involved in the census – that every man counted was in top physical condition and eligible for combat service.

In his supplement to the Rambam’s Sefer HaMitzvot, the Ramban teaches that it is a Torah commandment in every generation that the Nation of Israel take control of and inhabit the entire Land of Israel.

“This (a war to liberate Eretz Yisrael) is what our Sages call milḥemet mitzvah(obligatory war). In the Talmud (Sotah 44b) Rava said, ‘Yehoshua’s war of liberation was an obligatory duty according to all opinions.’ And do not err and say that this precept is the commandment to vanquish the seven nations… this is not so. We were commanded to destroy those nations when they fought against us and had they wished to make peace we could have done so under specific conditions. Yet we cannot leave the land in their control or in the control of any other nation in any generation… Behold, we are commanded with conquest in every generation… this is a positive commandment which applies for all time… And the proof that this is a commandment is this: ‘They were told to go up in the matter of the Spies: ‘Go up and conquer as HaShem, G-D of your fathers, has spoken to you. Do not fear and do not be discouraged.’ And it further says: ‘And when HaShem sent you from Kadesh Barnea saying, Go up and possess the land which I have given you.’ And when they did not go up, the Torah says: ‘And you rebelled against the Word of G-D, and you did not listen to this command.’” (Positive Commandment 4 of the Ramban’s supplement to the Rambam’s Sefer HaMitzvot)

The Ramban asserts that the conquest of Eretz Yisrael is a mitzvah for Israel in every generation and that we are forbidden from allowing any part of our country to fall into – or remain under – gentile control. It is found in the Shulḥan Arukh that all of the arbitrators of Torah Law (Rishonim and Aḥronim) agree with the Ramban concerning this issue.

“All of the Poskim, both Rishonim and Aḥronim, decide the Law in this fashion on the basis of the Ramban.” (Shulḥan Arukh, Even HaEzer section 75, Pitḥei Tshuva 6)

The mitzvah of implementing Hebrew sovereignty over our homeland can only be fulfilled through an Israeli army. Without such a national military force, Israel would not be capable of waging the war of liberation necessary for the fulfillment of this Divine commandment.

Israel’s military in modern times is known as the Israel Defense Forces. That the official name of our army is a conceptual error on the part of our political leadership has been sufficiently proven by history since its inception. Rather than simply warding off external threats, the primary function assumed by this “defense force” is actually that of a liberation army reconquering its land. Because Israel has not always taken the initiative, however, history has forced us to retake our country piece by piece. Through being attacked by hostile nations unlawfully reigning over parts of our homeland, the IDF has launched strikes resulting in the liberation of portions of our country. However poorly misnamed, the IDF constitutes the army of the Hebrew Nation fulfilling themitzvah of freeing the Jewish homeland from foreign rule.

The Rambam (in Hilkhot Melakhim 5:1) provides an additional definition for amilḥemet mitzvah as any war fought to assist Israel from hostile gentiles. The Shulḥan Arukh (Oraḥ Ḥaim 329:6) rules that if Jews are attacked, even on the Sabbath, it is a commandment to organize a defense force and counter-attack. The Rema adds that even if the enemy has not yet attacked but Israel suspects that a strike may be imminent, war should be waged – even on the Sabbath – as a pre-emptive measure.

In its secondary function, Israel’s army serves as the defense force it dubs itself. The great strength and dedication of the IDF spring from the noble resolution that never again shall Jews be slaughtered without a fight. While the primary function of Israel’s army often exists only in our nation’s collective subconscious, the resolution of “never again” is the conscious driving force behind the IDF – a willingness to take responsibility for the welfare of the Jewish people and a yearning to free Israel from a world of brutality.

In the Song of Dvorah, the prophetess praises and rebukes Hebrew tribes based on their behavior during Barak’s war against Canaan.

“The leaders of Yissakhar were with Dvorah, and so was Yissakhar with Barak, into the valley he was sent on his feet. But in the indecision of Reuven there was great deceit. Why did you remain sitting at the borders to hear the bleating of the flocks? The indecision of Reuven demands great investigation. Gilad dwelled across the Jordan; and Dan – why did he gather onto ships? But Asher lived by the shores of the seas and remained to protect his open borders. Zevulun is a people that risked its life to the death, and so did Naphtali, on the heights of the battlefield.” (SHOFTIM 5:15-18)

While recording the responses of various tribes and cities during the battle, Dvorah reveals the spiritual importance of participation in Israel’s wars.

“‘Curse Meroz,’ said the angel of HaShem, ‘Curse! Cursed are its inhabitants, for they failed to come to help HaShem to help the nation of HaShem against the mighty.’” (SHOFTIM 5:23)

The Radak explains Meroz to have been a Hebrew city near the battlefield that refrained from joining Barak’s campaign. The prophetess attacks Meroz for not assisting theKadosh Barukh Hu to assist Israel, revealing that Divine support comes to those who help themselves. If we expect miracles to be performed on our behalf, we are required to take the initiative and meet HaShem half way (so to speak).

Our Sages (Brakhot 20a) ask why miracles rarely occurred in Talmudic times as oppose to the many open miracles in Biblical times. The Sages question if it might have been because Jews in Talmudic times were learning less Torah. But the Talmud dismisses this and answers that there were generations in Biblical times that studied less Torah yet still experienced great open miracles. The Talmud continues by revealing that it is not due to a difference in learning but rather in the level of self-sacrifice within the Nation of Israel. The Hebrews of Biblical times were more prepared to risk their lives for the sake of Israel’s mission and HaShem’s Divine Ideal for this world. The Talmud therefore concludes that miracles are the result of courage and selfless devotion. WhenAm Yisrael displays great valor in battle, we are often rewarded with miraculous victories.

In his Guide to the Perplexed, the Rambam enumerates eleven distinct levels of nevua(with Moshe surpassing them all). As the Jewish people returns home to our land and to independence, we have already seen sparks of the Divine Spirit resurface, specifically among those whose compassion for their people has empowered them to break through their own psychological barriers. Clear illustrations of what the Rambam describes as the initial level can be found in the valor and heroism of Israeli soldiers whose deeds resemble those of Shimshon, of whom it says: “A spirit of HaShem came over him… and he struck down thirty men” (SHOFTIM 14:19).

The Talmud (Baba Metzia 106b) states that a shepherd’s rescue of his flock from a lion or bear may be considered a miracle. In answering the question of where the miracle lies in this seemingly natural – albeit impressive – act, the Tosafot explain that the miracle is to be found in the shepherd’s “spirit of courage and willingness to fight.” This spirit of valor is a miracle from above – an inspired inner greatness spurring one to rise to the needs of the hour.

In addition to being an army of liberation and a defense force, the IDF is also the national organization for the creation of miracles. Through the great self-sacrifice and dedication of our soldiers – men ready to give their lives for the future of the Jewish people – miracles become an almost regular occurrence. Modern history has shown that acts of great courage do not only lead to protection from danger but also to astonishing victories on the battlefield. Because miracles are often the result of self-sacrifice, the IDF – which breeds this valor – should be viewed as playing a role in the production of these miracles. While Israel is forbidden from relying on miracles, we are certainly encouraged to help the Kadosh Barukh Hu create them.

The Torah is meant to be lived in this world according to the laws of nature that HaShem set in motion. By participating in every facet of life, the Nation of Israel is able to uplift all spheres of existence to their highest and most productive functions in Creation. By implying that all twenty-year-old males should be serving in Israel’s army, the Torah is revealing that even the military requires Torah guidance in order that it fully express its inherent kedusha as part of manifesting the Divine Ideal for this world. And by sanctifying all areas of life according to His Torah, Israel will revolutionize mankind’s perception of reality, bringing humanity to recognize the Oneness of HaShem and leading the world into an era of unparalleled blessing.