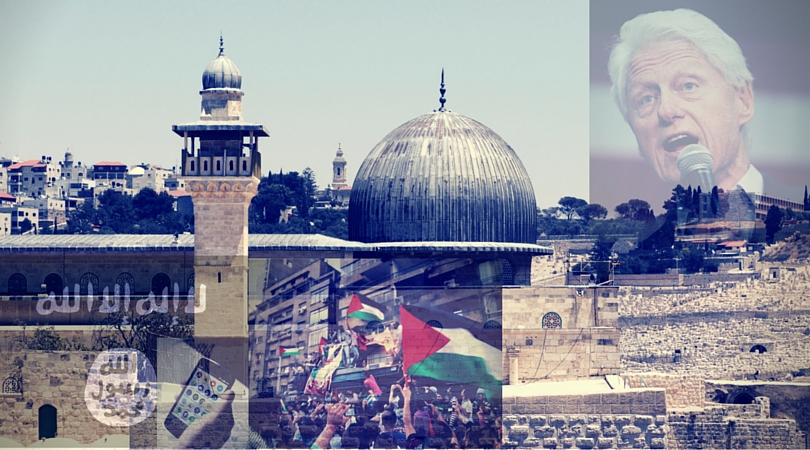 Bill Clinton went on the defensive over his record on the Israeli-Palestinian conflict, as well as his wife’s, after a spectator at a Friday afternoon campaign event repeatedly pressed the former president on the issue. “I killed myself to give the Palestinians a state. I had a deal they turned down that would have given them all of Gaza,” Clinton said.
[Politico]

ISIS and Hezbollah have both released apps to teach young children to be terrorists.
[The Jewish Press]

In Palestinian Authority mosques throughout Judea and Samaria, the Arabs will be replacing their calls to prayer, incitement speeches and Islamic messages with the Naqba siren, at noon on Sunday.
[The Jewish Press]

An Islamic State operative snuck into the Gaza Strip through Hamas’ system of underground tunnels connecting the Palestinian-ruled area with the Sinai Peninsula, Israel said on Friday.
[The Jerusalem Post]