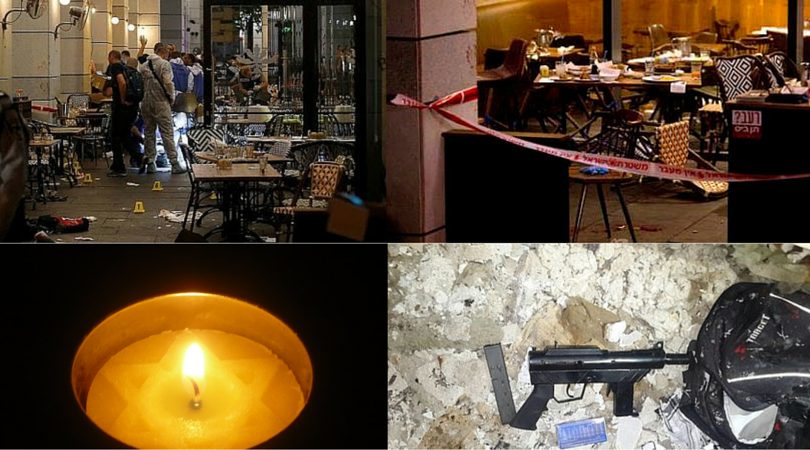 Four people were killed and six others were wounded in a shooting attack at a food and shopping center in Tel Aviv on Wednesday, after two Palestinian gunmen opened fire on passersby. Netanyahu called a security briefing in Tel Aviv.
[Haaretz]

Palestinians in the West Bank and east Jerusalem took to the streets to celebrate the deadly terrorist shooting in Tel Aviv on Wednesday night that left four people dead and several others wounded. Upon hearing the reports of the shooting, dozens of Palestinians gathered at Damascus Gate in the Old City of Jerusalem, singing out loud and cheering the gunmen. In the West Bank city of Tulkarm, many young men took to the streets and distributed candies to the local drivers, while in the Dheisheh Refugee Camp in Bethlehem dozens of Palestinians participated in a march praising the terror attack.
[The Jerusalem Post]

Israel’s Defense Ministry said it was freezing tens of thousands of permits given to Palestinians to travel to Israel during the Muslim Ramadan holy month Thursday along with other punitive measures, in the wake of a terror attack in central Tel Aviv.
[Times of Israel]