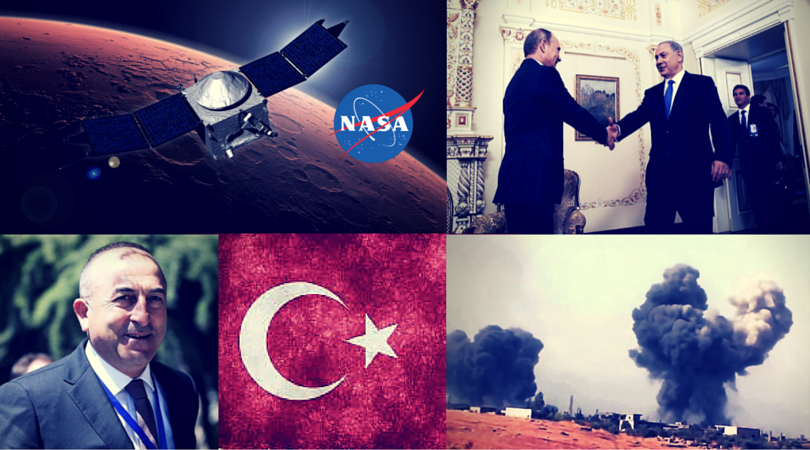 Israeli Air Force jets attacked a missile storage facility in Syria over the weekend, targeting a number of military sites said to be housing advanced weaponry.
[The Jerusalem Post]

Prime Minister Benjamin Netanyahu, at the Kremlin, held a lengthy working meeting with Russian President Vladimir Putin. They discussed a large number of issues including Syria and other regional issues pertaining to the national security of both countries. The two leaders discussed the continuation of regional coordination between their respective militaries, which has worked very well up until now. They also discussed agricultural issues (milk production with the assistance of Israeli technologies), the pensions agreement that was signed between the two countries, tourism, health, the manufacture of medicines and other issues.
[Israel Ministry of Foreign Affairs]

Turkish Foreign Minister Mevlut Cavusoglu said on Tuesday that in just one or two meetings a rapprochement deal with Israel will be reached, indicating that the normalization talks started last December are reaching a close.
[Arutz Sheva]