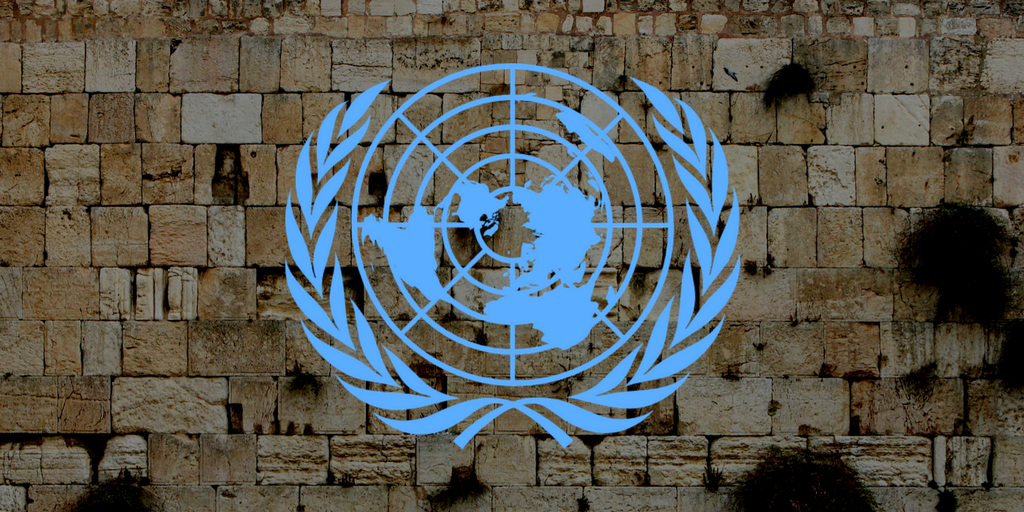 In what appears to be a major move by the UN, the international organization sent 150 Israelis companies a warning letter that they risked losing international business due to their dealings with companies that worked out of Judea and Samaria. UN human rights chief Zeid Ra’ad Al Hussein personally sent the letters two weeks ago and has already received two responses that affirmed their break in doing business with companies from Israel’s Biblical Heartland.

The Arab countries and their supporters have had a solid hold on the UN  Human Rights Council (UNHRC) for some time, but the move by the organization is literally unprecedented and seemingly part of a wider diplomatic war against Israel .  With UNESCO already erasing the Jewish connection to its holiest sites and cities, the UNHRC move seems natural.

All of this appears to be crossing into dangerous ground as the UN is laying a deeper trap for the Jewish State.  Ultimately, by disregarding the Jewish connection to the Land of Israel as well as a firm campaign backing the BDS movement, the UN seeks to ultimately weaken Israel as its enemies gather against it.

An unnamed western diplomat told Haaretz that more than half of the companies that received the warning letter were Israeli, about 30 were from the US and the remainder from countries including Germany, Norway and South Korea. The diplomat added that Hussein also sent copies of the letter to foreign ministries of several countries who are home to companies which may be added to the blacklist.

According to the report Israeli companies on the list include pharmaceutical giant Teva, the national phone company Bezeq, bus company Egged, the national water company Mekorot and the country’s two largest banks, Hapoalim and Leumi.

The US has threatened to withdraw from the council if the entire list is published.

Before one assumes the worst, Israel was in far worse shape at the time of the Six Days War and we all know how that ended.  With that in mind, reality is how one perceives it.  The UNHRC has very little teeth, yet its bite still has power.  At the end of the day, Israel’s market is small and businesses can make the calculus that it is far better to stay away from the political intrigue than pull in some extra money from Israel.

Once again the aim here is to weaken and divide the State of Israel as it contends to deal with a plethora of unprecedented security challenges. The focus for Israelis should not be to despair, but rather know that with deep faith and a yearning to survive they will make it past this as well.

As Rebbe Nachman says: “There is no despair at all.”

After all, if we’ve made it this far then the rest should be within our grasp as well.  No outside force can move the will of the Creator.