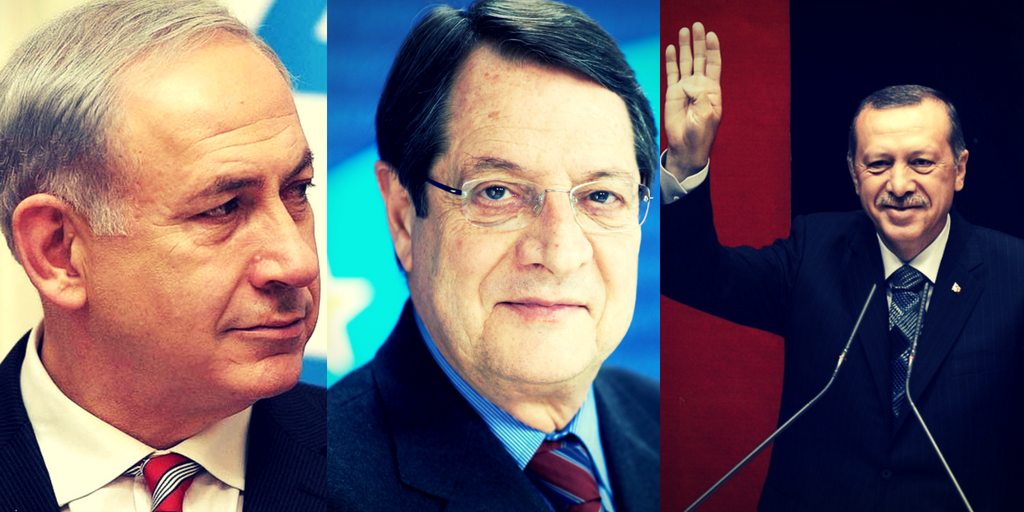 Since 1974 Turkey has occupied 40% of Cyprus, constituting in what the international community holds is an illegal occupation. In that time Turkey has driven out the Greek Cypriots from the Turkish enclave in the northern part of the island, where the ethnic Greeks had made up more than 80% of the populace.

As Turkey has swung further and further towards an Islamist style republic, with an increasingly autocratic president in Erdogan, Israel and Cyprus along with Greece have begun to form various economic alliances as a buffer to Turkey’s expansion. While Cypriot animosity to their Turkish occupiers cannot be overstated, Israel’s increasingly strong economic position and regional leadership capabilities in the technology and military arenas is both attractive and reassuring.

Greece, Cyprus, and Israel have jointly developed an East Med gas pipeline that will take their gas to Europe.  This has given them the need to also create a joint task force in dealing with threats from Iran, Hezbollah, and Turkey to both Cyprus’ and Israel’s gas and oil fields.

With Turkey trying to establish itself as the leader of the Islamic world, it has grown more and more antagonistic to Israel. Yet, behoind its stated infuriation over Israel’s self-defense from a potential Gaza stampede, the real thing bothering Erdogan is Israel’s alignment with Greece and Cyprus.

With positive relationships having been developed over the years in tourism between the three countries and now with a combination of economic, technological, and energy cooperation, Israel has become the stable anchor and friend both Cyprus and its big brother Greece have sought.

Turkey has grown very cool to the idea of energy collaboration between Greece, Cyprus, and Israel. In a recent visit to London Turkey’s Erdogan said that the “Eastern Mediterranean faces a security threat should Cyprus continue its unilateral operations of offshore oil and gas exploration in the region.”

Earlier this year, Turkish Navy vessels threatened to sink a drilling ship hired by Eni to explore for oil and gas off Cyprus’s shore.  Weeks before that, Turkey’s Navy had blocked the drilling vessel that Eni had hired.

Turkey claims that the drilling operations are ‘unilateral’ and claims that part of the exclusive economic zone of Cyprus is under Turkish jurisdiction.

These sorts of events and declarations have pushed Greece, Cyprus, and Israel closer together.  With the latest row between Turkey and Israel heightening tensions between the two, the frontlines of any potential conflict between the two may end up being Cyprus who has begun to rely on Israel for help with maritime security training.

With tensions mounting between Turkey and the three East Mediterranean allies,  Jonathan Cohen, US State Department Deputy Assistant Secretary for European and Eurasian Affairs said the following in hopes of calming the situation: “If confirmed, I will continue to support longstanding US policy recognizing the Republic of Cyprus’s right to develop its resources in its EEZ. The island’s oil and gas resources, like all of its resources, should be equitably shared between both communities on the island in the context of an overall settlement.”

Cohen backed by the US government appears to be placating both the internationally recognized Greek Cypriot government along with Turkey’s assertion that it deserves some of the access to Cyrus’ resources.  The problem with this approach is it rewards Turkey for it malevolent behavior at a time when it is actively engaged in wrecking havoc in several geographic areas in the region.

With the continued cooperation between Israel, Cyprus, and Greece in the offing, expect tensions to only increase with Turkey. Will there be war in the eastern Mediterranean? Perhaps not tomorrow, but with a falling Lira and an expansionist leader in Ankara, the threat is only increasing.