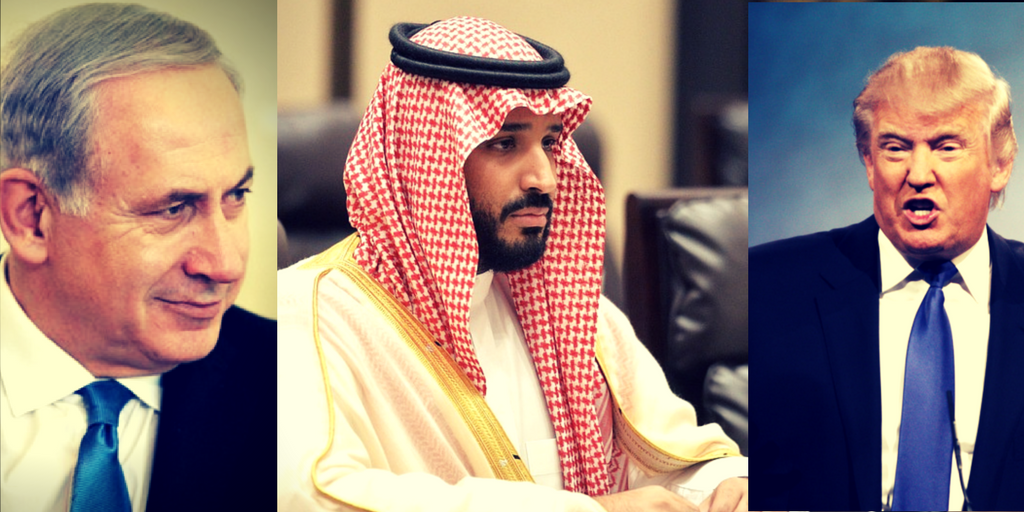 As the battle lines between the Sunni Alliance being crafted by the Trump White House and the Iranian-Russian coalition harden, the Saudi King Salman has done the unbelievable named his 31 year old son as his successor.  In doing so he stripped 56 year old Crown Prince Nayaf his nephew of the potential to become monarch.

Al Arabiya television reported that the promotion of the prince was approved by the kingdom’s Allegiance Council with 31 of 34 members approving, and that the king had called for a public pledging of loyalty to Mohammed bin Salman on Wednesday evening in Mecca. The surprise announcement follows 2-1/2 years of already major changes in Saudi Arabia, which stunned allies in 2015 by launching a war in Yemen, cutting old energy subsidies and in 2016 proposing partly privatizing state oil company Aramco.

Mohammed bin Salman the King’s son is largely credited with the successful outreach to the Trump administration as well as the strategy behind the Qatar blockade. He is extremely ani-Iran and although young commands a vast portfolio in the government.

The current King is the last of the three sons of the original King Saud.  It has been clear for a while that the next generation would not follow the same royal ascension process.

What Does this Mean for Israel?

As Trump’s masterplan for the region begins to take shape, the major pillar of it is not peace between Israel and the Palestinians, but rather peace between Saudi Arabia and Israel. This is something big and can in time reshape the entire Middle East. To do this, Trump needs someone young, innovative, and easy to work with. The King’s son seems to be that guy.

As the Kingdom shifts from an overt backer of Islamist ideology (what it does covertly is something else) its relationship to Israel as the region’s leading technology hub and economic anchor is crucial.