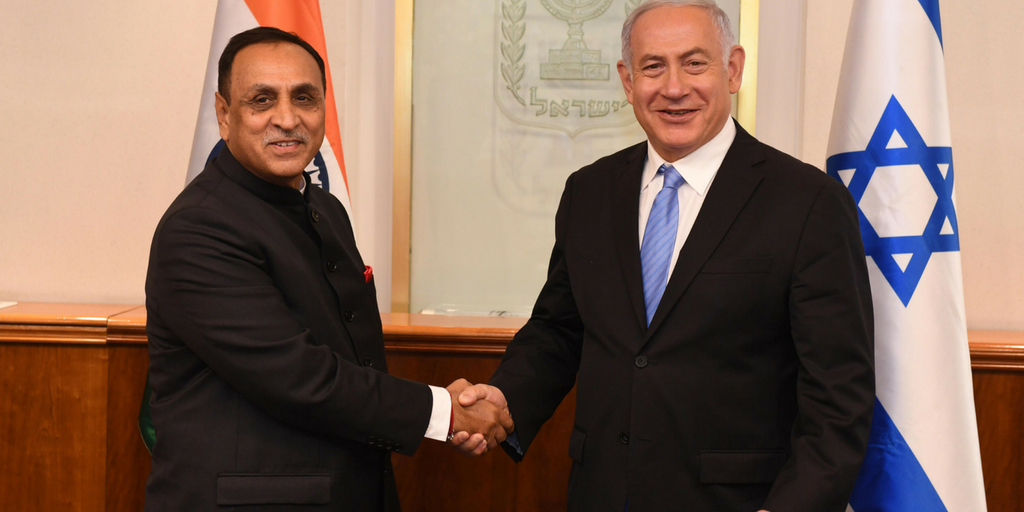 Prime Minister Benjamin Netanyahu, today (Thursday, 28 June 2018), at the Prime Minister’s Office in Jerusalem, met with the Chief Minister of the Indian State of Gujarat, Vijay Rupani, and welcomed him to Israel, his first visit outside India since taking up office. The Prime Minister conveyed greetings to his friend, Indian Prime Minister Narendra Modi.

Prime Minister Netanyahu said: “We believe in this alliance between Israel and India, and it was tremendously enhanced by Prime Minister Modi’s visit to Israel. I was pleased to be in Gujarat, and now I’m pleased that Gujarat is in Israel.”