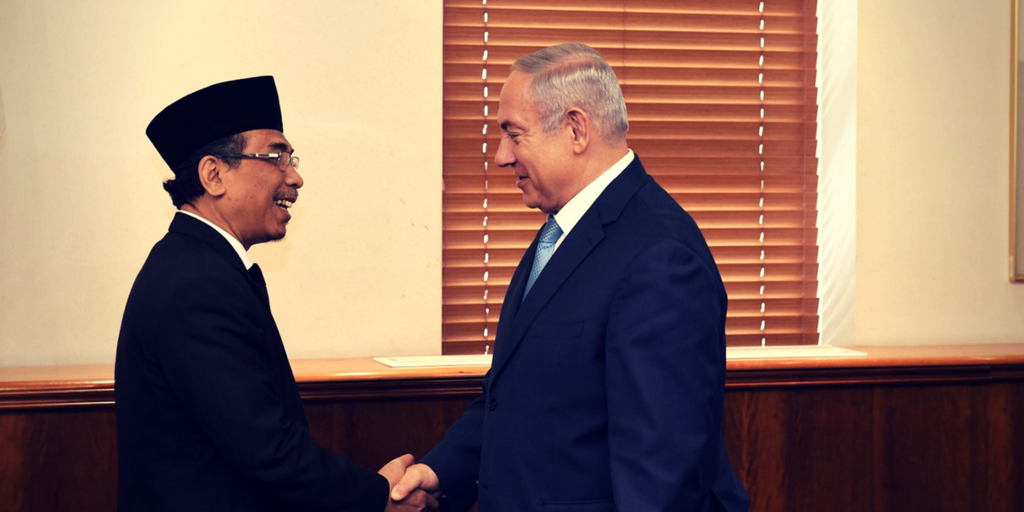 “Israel is the innovation nation, and I’m very happy to see that the Arab countries and many Muslim countries getting closer to Israel. I hope that we have some movement with Indonesia.”

In response, Deputy Speaker of the Indonesian House of Representatives Fahri Hamzah proposed to the Indonesian Ulema Council (MUI) to issue a fatwa banning Muslims, especially Muslims in Indonesia, from coming to the territory occupied by Israel.

“In order to avoid the same incident, then MUI needs to issue a fatwa banning a visit to Israel. Because, it violates our national commitment to liberate Palestine.”

“In fact, every day they commit crimes and conduct colonialism and oppression,” he said.

While this reaction is not surprising, there is an opposite trend as more and more Sunni states are opening up to dealing with Israel.