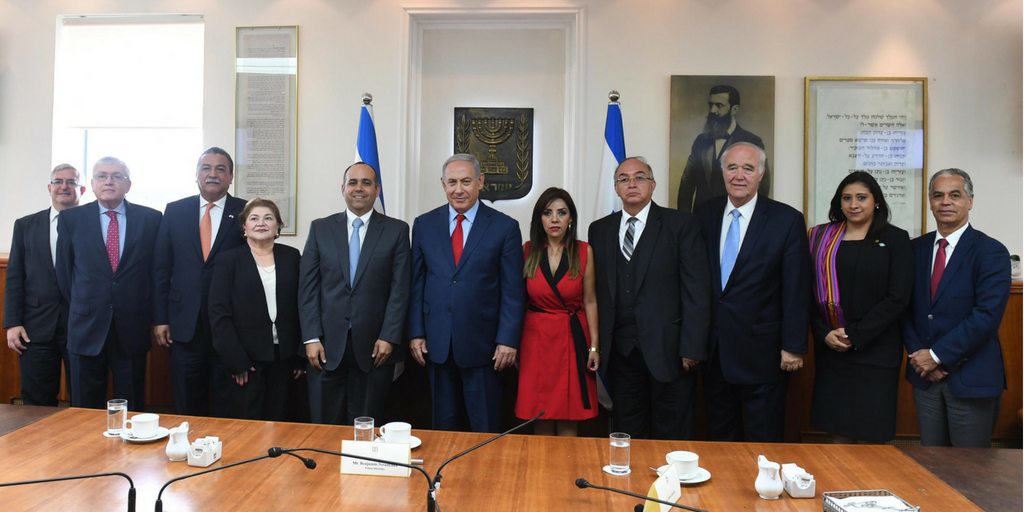 Prime Minister Netanyahu met with a delegation of chairpersons of foreign affairs committees of Latin American parliaments and noted he is due to fly to Guatemala this November for a regional meeting. This meeting continues the growing partnerships Israel has in Latin America.  Evidence of this was on full display as Guatemala and Paraguay both moved their embassies to Jerusalem after the USA became the first country to move its embassy to Jerusalem.

With the large amount of believing Christians in Latin America, most being pro-Israel, there is clear evidence that the same sort of synergy that catipulted Israel and Sub-Saharan African relationships exists in there as well.  Israel’s growing partnerships with a variety of countries in Latin America provide it with new markets and partners who are hungry for Israeli know-how and technological innovation.

Prime Minister Netanyahu said the following to the delegation:

“You’re very welcome here. Our relations with the countries of Latin America are obviously changing very rapidly for the better. I’m very proud of the fact that I was the first Israeli prime minister to visit any country south of Texas.

I had an opportunity to go first to Argentina, then to Colombia, then to Mexico. And I intend to have another meeting in November, September. We’re going to Guatemala for a regional meeting, so I’ll have the opportunity to meet the leaders of all your countries.

You’re all parliamentarians, and as far as I’m concerned, you’re all ambassadors. Now you’re ambassadors of Israel and of the truth. Please convey to your fellow citizens, this is very important, for us and people who know Israel as it is.